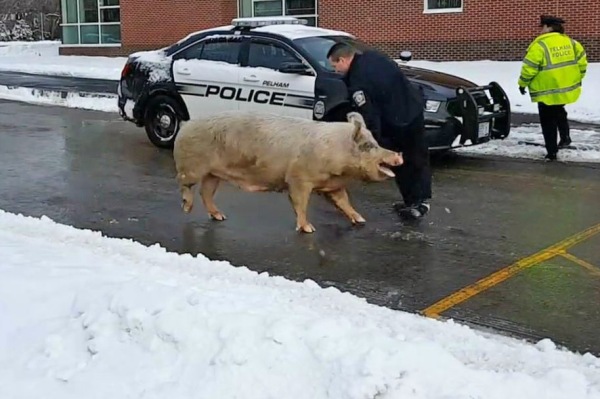 Caption this photo in the comments section. The winners will be posted Monday, February 15th.

Original Caption: The massive, 600-pound hog showed up at the polls in Pelham, NH, on Tuesday and – like much of the electorate – appeared angry with authority and the establishment.”