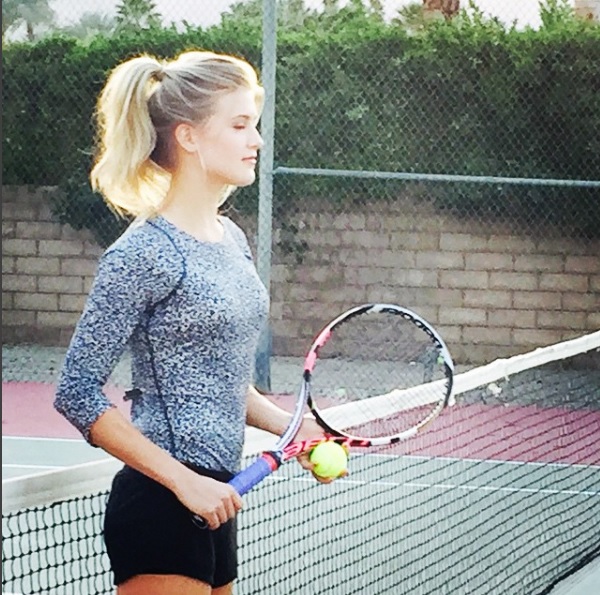 Today’s babe is Eugenie Bouchard, a 22-year old Canadian tennis player who obviously wants to jump my bones. And really, can you blame her?

Eugenie “Genie” Bouchard (born February 25, 1994) is a Canadian professional tennis player who is currently ranked no. 42 in the world. At the 2014 Wimbledon Championships, Bouchard became the first Canadian to reach the finals of a Grand Slam in singles, finishing runner-up to Petra Kvitová.

Genie was born and raised in Montreal, so she probably fluent in French… kissing.

There are women who look good in bikinis, and women who should never, under any circumstances, even enter the bikini section. Eugenie should wear them twenty-eight hours a day, eight days a week…

Like many tennis players – with the exception of the mannish Williams sisters (seriously, they have an extra chromosome, right?) – Genie has terrific assets. 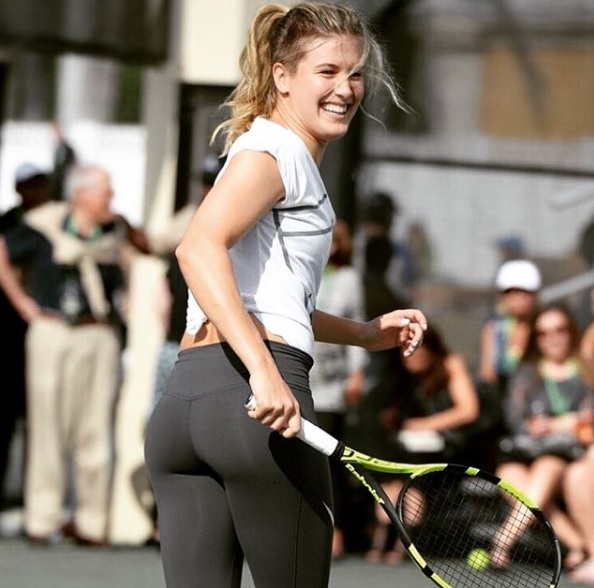 I’m not normally a butt man – I mean, I already have a perfect apple-shaped tushie – but in Eugenie’s case I will make an exception… by drooling into my sleeve for an hour.

For someone from the Great White North, Genie sure likes to wear swimsuits. Not that I’m complaining, mind you; just drooling.

So that’s what they wear under their skirts! Good to know.