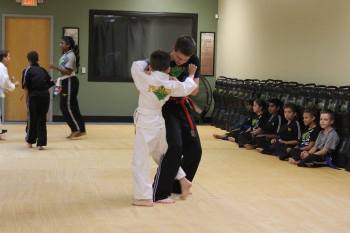 After a terrible, terrible week with my mom’s hospital stay, it’s nice to be able to post some good news.

A few months ago, Kevin decided to try karate. He was never a fan of playing team sports and this seemed to suit him. Kevin took to it quickly, and was devastated after breaking his arm. Thankfully, his instructor said if Kevin wanted to,, he could continue his training, cast and all.

So the boy went a few times a week, continued his training, and took his first belt test yesterday – cast and all. Kevin did everything the other students did, and there were no breaks – punny – given to him.

I am proud to report he completed the test with flying colors and advanced from a white belt to a yellow belt. And again, he did so with a broken arm. 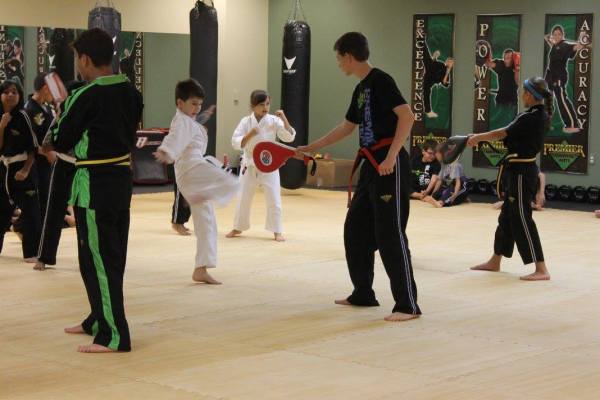 Oh, for you longtime readers, Kevin’s sparring partner in the photo above is Captain America’s son Nick.

6 thoughts on “They Call Him Mellow Yellow”