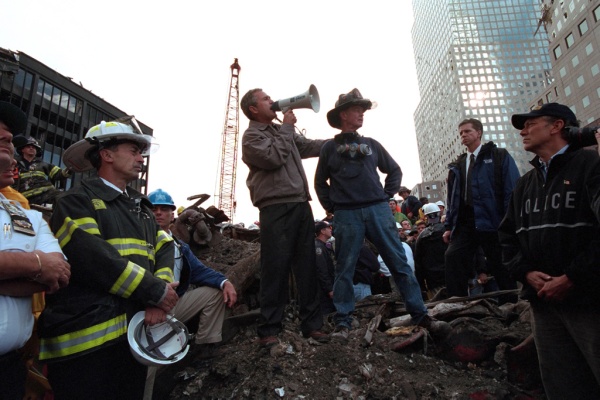 According to one of the world’s most deadly and infamous terrorists, Khalid Sheik Mohammed, President George W. Bush wiped out plans for other imminent attacks by quickly invading Afghanistan after 9/11/2001.

According to a new book detailed by The Federalist and former Bush staffer Marc Thiessen, KSM admitted during enhanced interrogation the President’s swift “shock-and-awe” action not only thwarted plans for follow up attacks to 9/11, but changed Al Qaeda’s entire strategy.

Far from trying to draw us in, KSM said that al-Qaeda expected the United States to respond to 9/11 as we had the 1983 bombing of the Marine barracks in Beirut — when, KSM told Mitchell, the United States ‘turned tail and ran.’

‘Then he looked at me and said, ‘How was I supposed to know that cowboy George Bush would announce he wanted us ‘dead or alive’ and then invade Afghanistan to hunt us down?’’ Mitchell writes.

The article also notes President Three-Putt’s elimination of Gitmo interrogations, pullout of Iraq, and overall dismissive attitude has contributed to the escalation of attacks across the country and around the world.

6 thoughts on “Shock And Awesome”