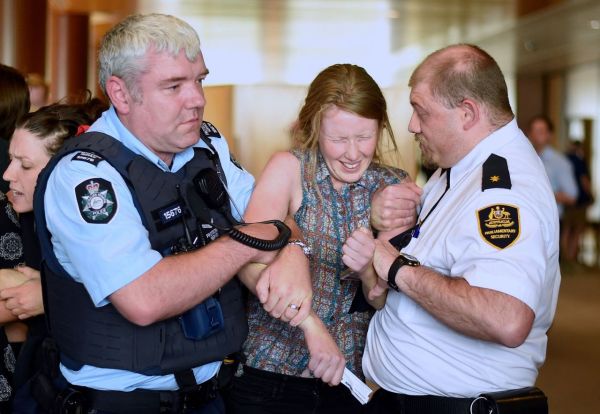 Original Caption: Security guards hold a protester as they remove a group from the House of Representatives after they began chanting slogans regarding the offshore detention of asylum seekers during Question Time in Parliament House, Canberra, Australia on Nov. 30, 2016. (AAP/Lukas Coch/via Reuters)

Caption this photo in the comments section. The winners will be posted Monday, December 5th.