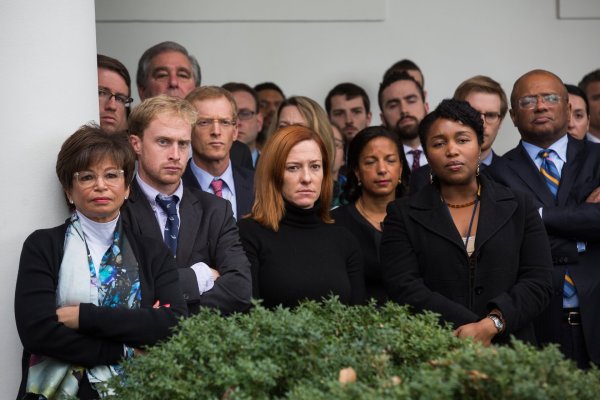 National Security Advisor Michael Flynn resigned Monday after allegedly lying to Vice President Mike Pence. Sadly, that is not the story here. The real story is his phone conversations were being recorded – illegally – by embedded civil servants who are actively sabotaging the Trump administration.

Mike Flynn, a good man who saw the enemy clearly, and had the courage to name it, saw Russia not as an enemy but a geopolitical adversary with whom we could make common cause against Islam — and who also vowed to shake up a complacent and malfeasant IC — was its first scalp, and an object lesson to new CIA Director Mike Pompeo should he have any reformist notions. As for the media, having previously failed to take down Trump aides Steve Bannon and Kellyanne Conway, Flynn was the next best thing; their joy today is unbounded.

The people responsible need to be prosecuted and the bureaucrat lifers need to be removed immediately. Clean house from top to bottom.

Is this what you thought you voted for in November? Is this how you thought American democracy worked? Is this the country you want to live in?

No, no, and hell no. The president needs to crush this “resistance,” and assholes like McConnell, McCain, Graham, and Ryan need to shut their dick traps and get on board the Trump train.

So what must Trump do now? First, complete his cabinet. Second, fire every fireable federal employee in the leak-prone agencies, including the Central Intelligence Agency. Third, start taking operational security seriously. Fourth, assume everything you say will leak to the media and be spun as malevolently as possible. Fifth, trust nobody.

Terrific advice. As for the rest of us, despite our personal feelings, we need to support the president. He is the only person standing between the treasonous “Deep State” and the citizenry.