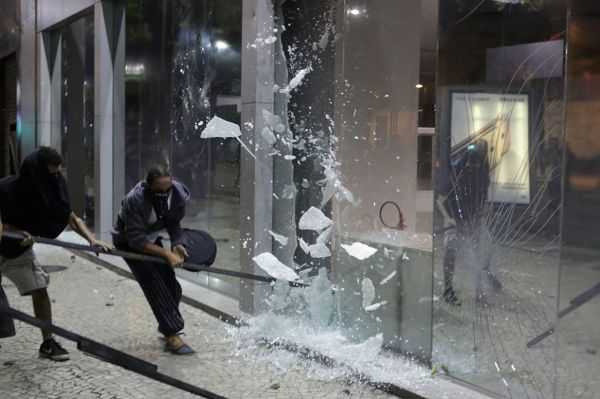 ***I changed the photo, because I thought the previous one was less-than-spectacular.***

Caption this photo in the comments section. The winners will be posted Monday, March 20th.

Original Caption: Protesters shatter the glass of a bank during a demonstration against federal government proposed reforms in Rio de Janeiro, Brazil, Wednesday, March 15, 2017. People protested across the country against proposed changes to work rules and pensions. (Leo Correa/AP)