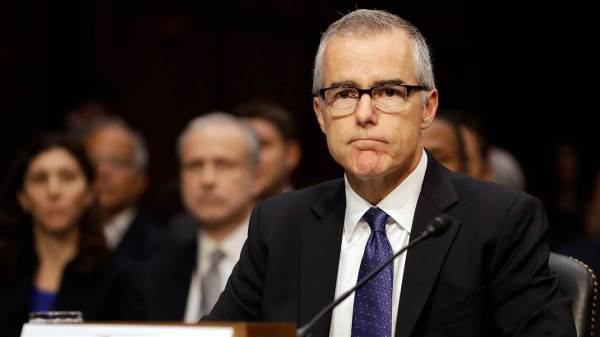 The FBI determined in an internal review that former Deputy Director Andrew McCabe should be terminated, according to a report from The New York Times. That leaves Attorney General Jeff Sessions in charge of determining whether to fire McCabe, who is set to retire with full benefits on Sunday.

The FBI’s Office of Professional Responsibility issued the recommendation after receiving information from Department of Justice Inspector General Michael Horowitz. The watchdog has been conducting an investigation of the bureau’s handling of the Clinton email investigation.

Horowitz has reportedly determined that McCabe encouraged FBI officials to speak to the media about an investigation into the Clinton Foundation.

9 thoughts on “The Parachute Is Not Made Of Gold”