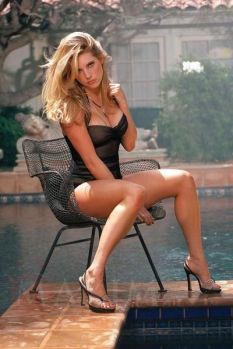 A New York City man received multiple staples in his scalp after he was attacked by a woman… with a high heel shoe.

A woman stabbed a stranger on the head with her high heel shoe when a squabble on a subway car turned violent.

The straphangers were on a Queens-bound F train at the Delancey Street station around 4:55 a.m. when the fight broke out. The furious woman ripped off her shoe and stabbed the heel into the left side of the 26-year-old man’s scalp.

We must ban assault heels! Witnesses claim the woman fled toward the Williamsburg Bridge where she reportedly stabbed a buttress.

6 thoughts on “Next Time, Take The A Train”