He won the 2010 Golden Spikes Award, awarded annually to the best amateur baseball player. He made his MLB debut with the Nationals on April 28, 2012 at 19 years old. Harper was selected for the 2012 All-Star Game, becoming the youngest position player to ever be selected. He has been touted as a “five-tool player”.

He won the NL Rookie of the Year Award in 2012, and tied for the NL lead in home runs in the 2015 Major League Baseball season. He was named the National League Most Valuable Player for 2015 by unanimous decision of the Baseball Writers’ Association of America, the youngest MLB baseball player to ever do so.

I mean, I guess Bryce is an attractive guy, but anyone could look good in those clothes. 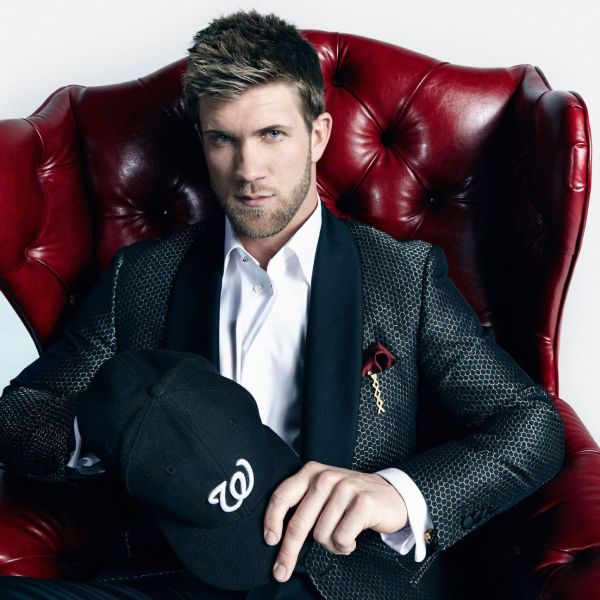 I’m no baseball expert, but wouldn’t batting in the nude jeopardize your balls?