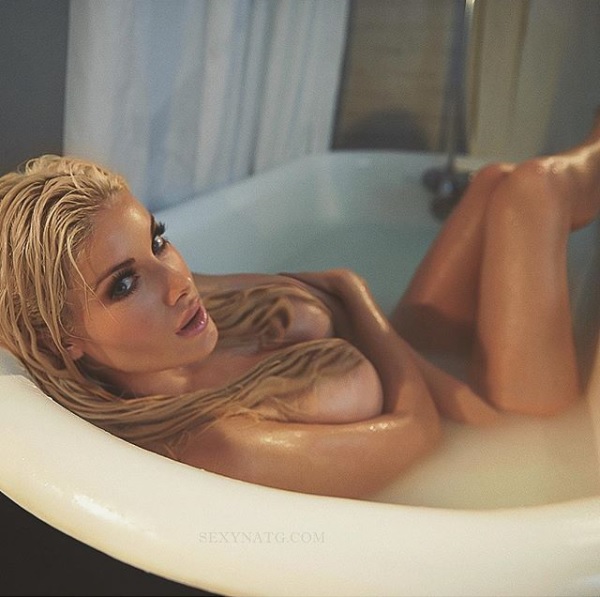 Today’s Sunday Services are brought to you by my friend Kevin. Like me, Kevin is a rabid hockey fan, and while watching the Dallas Stars game last week, he noticed someone sitting behind the Stars’ bench. Apparently millions of other guys noticed her, too. Gentlemen, I present to you Natalie Gauvreau.

In case you missed it, there was a… how should we put this? There was a scantily-clad woman who took in the Dallas Stars and St. Louis Blues game yesterday afternoon in Dallas. And wouldn’t you know it, hockey fans got more shots of the Stars’ bench than they could have ever hoped for.

Now website Busted Coverage has managed to identify the woman who attracted so much interest. It turns out the woman is actress Natalie Gauvreau, who happens to have 3.7 million followers on Instagram.

So she’s crazy stupid hot AND a Dallas Stars fan? Sign me up!

There is more deliciousness below the fold…

Someone should let Natalie know that top is a little too small for her.

The mesh, however, fits just right.

Natalie is obviously a beautiful woman, but her best asset is right in front of her.

The services have ended. You may now retreat to your bunks.