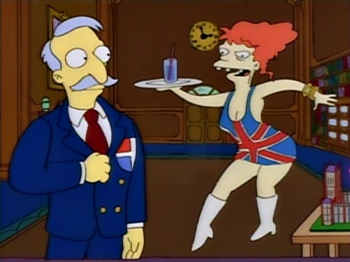 A British mother is losing her sh*t after spending her time (and money) in an East Sussex arcade.

Her rationale for her irrationality will literally cause you to lose IQ points.

Cheryl Holden, 34, wanted to win the teddy bear for her son, Ashton, who is five months old, while on holiday at Camber Sands Holiday Park, East Sussex.

The machine cost £1 for four goes but after pumping nearly £40 into the machine she complained to staff. She claimed that they looked at the machine and adjusted a setting then on the next go she won a Dumbo cuddly toy.

Cheryl claimed that the staff member adjusted the machine’s settings again immediately after. But then she wanted a second toy for her child so put another £60 into the machine over the next few days. She complained again.

So it’s the arcade’s fault this dimwit kept feeding coins into the machine? Good lord woman, get a freakin’ grip. Cripes, she could have called Kyle and had him ship a toy across the pond. He is a grand master at claw machines.

2 thoughts on “Freshen Your Drink, Governor?”