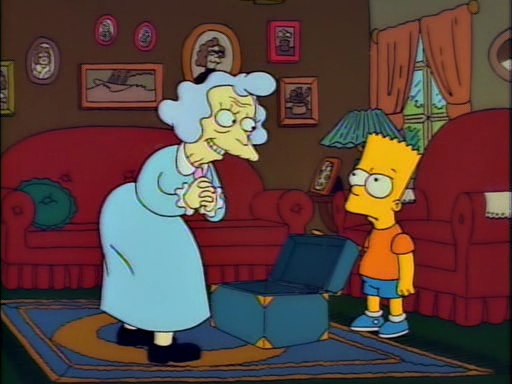 So yesterday we had three detectives on the floor and myself. The air conditioning is still not working and the temperature in the office was 84 degrees. Tensions were high and I was in no mood for shenanigans and tomfoolery. Luckily, I spent nearly a half hour talking to a kindly elderly woman from Ventnor City, New Jersey.

The woman – let’s call her Mrs. Glick – called to report illegal parking outside her residence in Ventnor City, NJ, eighty miles (and one state east) of my division. I calmly explained to Mrs. Glick that my department has no jurisdiction in New Jersey, and even if we did, we weren’t going to send a detective to write a parking ticket in another state…

Mrs. Glick did not appreciate my sincere, correct answer, so she went off of a rather impressive rant:

“The Ventnor City police are corrupt! I call and I call, but they never take care of the illegal parking. I’m four-foot six, a senior citizen, with no kids and no pets, and I AM A NEW JERSEY RESIDENT AND A TAXPAYER!” Plus, the neighbors next to me slander me. They are terrorists, and they planted poison sumac bushes on my property. I think the police and City Hall are behind it all!”

Oh, she also wanted me to investigate a Ventnor City real estate business because they are parking vehicles on her property and leaving them sit there all day.

I repeated my department could do nothing about alleged crimes which happened in New Jersey, so she gave me the names of the “terrorists,” stating they live in Pennsylvania and they are “obviously” committing crimes in my state. Mrs. Glick wanted me to put all that information into the computer – I don’t even know what she means by that – so the “terrorists” can be prosecuted.

Mrs. Glick then gave me the names of her other neighbors – she also labels them terrorists – and demanded I put those names into the computer as well. She wasn’t sure if those particular terrorists lived in my state, but thought I needed the information anyway.

Finally, Mrs. Glick ended the conversation, claiming she needed to call the Pennsylvania State Police next. Apparently, they have no jurisdictional limits, and maybe they can fix her parking space problem.