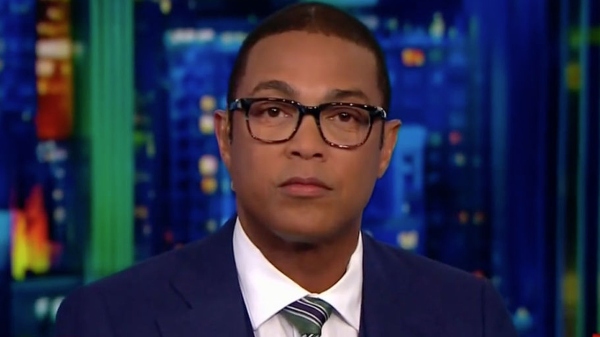 CNN’s least recognizable leftist media hack Don Lemon has been accused of sexual harassment/assault by a bartender in the Hamptons. Lemon, who is gay, allegedly assaulted the man at a bar.

Dustin Hice claims that Lemon attacked him at Sag Harbor dive bar Murf’s in July 2018. Hice, who was working as a bartender at another Hamptons watering hole, said he approached Lemon at the bar one night after recognizing him. Hice “tried to get Mr. Lemon’s attention and offered to buy Mr. Lemon a drink,” the suit claims. The CNN host declined, stating he was “just trying to have a good time.”

Later in the night, the suit says, Lemon approached Hice.

“Mr. Lemon, who was wearing a pair of shorts, sandals, and a t-shirt, put his hand down the front of his own shorts, and vigorously rubbed his genitalia, removed his hand and shoved his index and middle fingers in Plaintiff’s moustache and under Plaintiff’s nose,” the suit says.

Oh yeah, if you’ve ever seen Lemon hammered on New Year’s Eve, you know this is arguably his move.

Hice said Lemon repeatedly shoved his fingers in his face and asked, “Do you like pussy or dick?” Hice claims he left the bar “shocked and humiliated.” (H/T – AOSHQ)

Ace made a terrific point which I wanted to include here. Lemon is always at the forefront of the “Believe All Accusers” line, so why should we believe Mr. Hice is lying? Personally, I believe Lemon is guilty, because, like Christine Blasey-Ford, Mr. Hice has no reason to lie.

4 thoughts on “Don Accused Of Squeezing The Lemons”