While I was kinda enjoying a rare Friday-Saturday off, my kids were much more active and having much more fun that I had.

First up is Kyle, who, after years of being a Texas Christian University (TCU) football fan, he finally got the chance to see his team play live. He and three of his lacrosse teammates got tickets – thanks to one player’s father – for the TCU-Kansas game Saturday afternoon. It was his first college football game, and suffice to say, TCU put on a show.

TCU’s offense went crazy against the Kansas Jayhawks, leading 38-0 at halftime. The defense shut down Kansas, and TCU won by a remarkable score of 51-14. Kyle loved the energy, the stadium, and the TCU coeds, obviously.

He’s hoping he and his teammates can see TCU once a year, but one of his friends already said he may be able to snag a few LSU (Louisiana State University) tickets this year. That’s Kyle’s other favorite team.

There’s more below the fold… 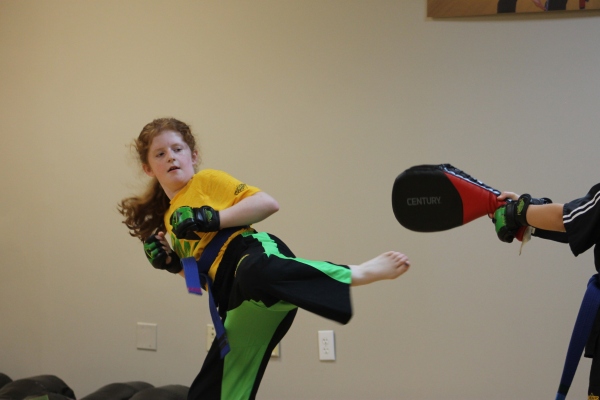 Julia tested for her green belt Friday evening, And as usual, she didn’t disappoint. She came ready to fight and did all the things Sensei Dave asked of her. Between fighting, throws, and weapons testing – Julia is currently on swords – her focus was intense. At the end of the testing, all the pupils had to put out 500 punches, monitored by their parents. Mrs. Earp had that job this time, and counted as Julia continually pummeled the pad.

Princess P was exhausted after the hour and a half, but it was well worth it to move up another rank.

Season two of Ballroom Dance began Saturday morning, and Kevin is just as excited for this as he is for karate. The program is an hour of instruction a week for the entire school year, and the boy really loves it. 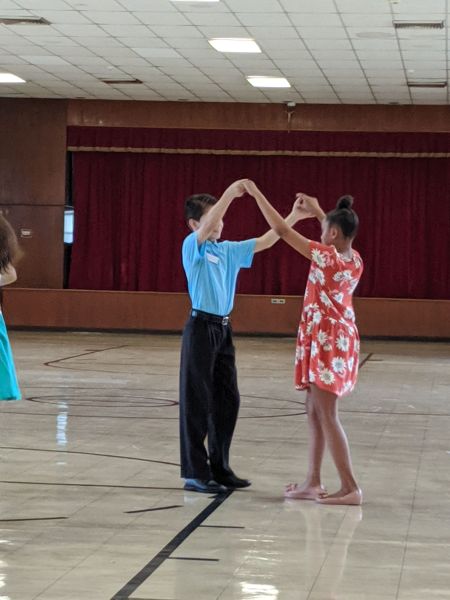 Saturday’s class was small, just two boys and two girls, but the one girl Jordhin, was there last season. (She’s in the flowered dress.) The two also had the requisite giggle fit before they began. 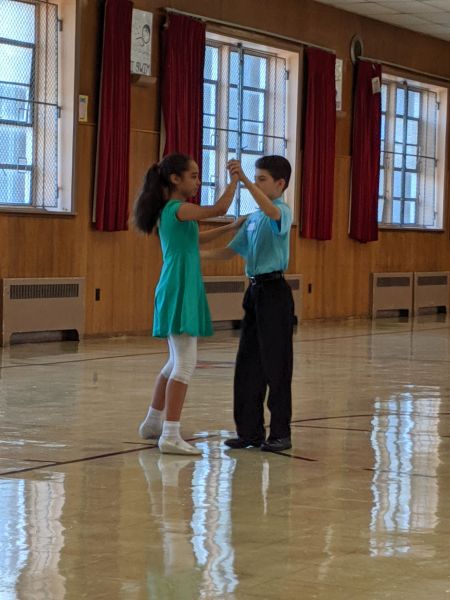 There were no giggle fits with the other girl, but they worked well together.

Finally, Erik had a fall lacrosse game Sunday morning. He was pensive about the match-up because the team slaughtered them in the spring, but figured he’d do his best and see what happens. 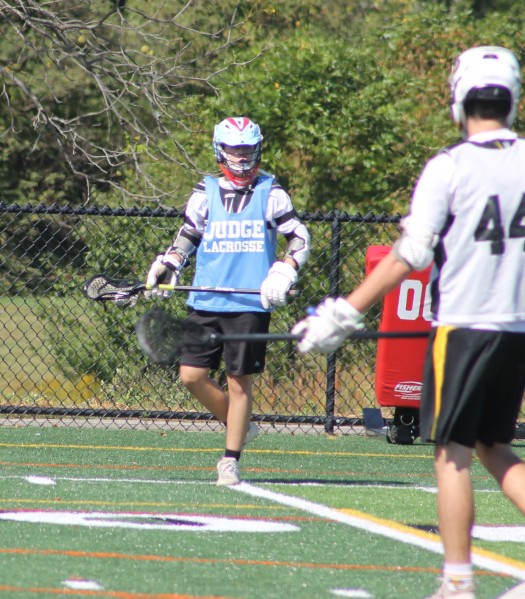 It worked. His team won by a score of 7-4, Erik won his only faceoff and added an assist.

Oh, I went jogging Friday, started walking after two miles, and finished with three, feeling really sick. Yesterday I went to the gym, and after lifting, went on the elliptical, and my knees started giving out. I’m no detective, but I think I need a few more days to recover from being sick. The good news is I’m still hovering around 181 pounds.

8 thoughts on “The End Of A Good Weekend”