Frank Anthony Grillo (June 8, 1965) is an American actor known for his roles in films such as Warrior (2011), The Grey (2012), End of Watch (2012), and Zero Dark Thirty (2012). He had his first leading role in the action horror film The Purge: Anarchy (2014), portraying Sergeant Leo Barnes, a role he reprised in The Purge: Election Year (2016). He also plays the Marvel super-villain Brock Rumlow / Crossbones in the Marvel Cinematic Universe and Big Daddy in the Chinese action film Wolf Warrior 2 (2017), the highest-grossing non-Hollywood film of all time.

Grillo was born the first of three boys, with two brothers, in New York City, and is of Italian (Calabrian) heritage. He graduated from New York University with a business degree and spent a year on Wall Street before being asked to do a Miller Genuine Draft beer commercial.

Another two decades and I’ll look like that. There are more photos below the fold…

Okay, the guy takes care of himself, but for cripes sake, buy a comb! 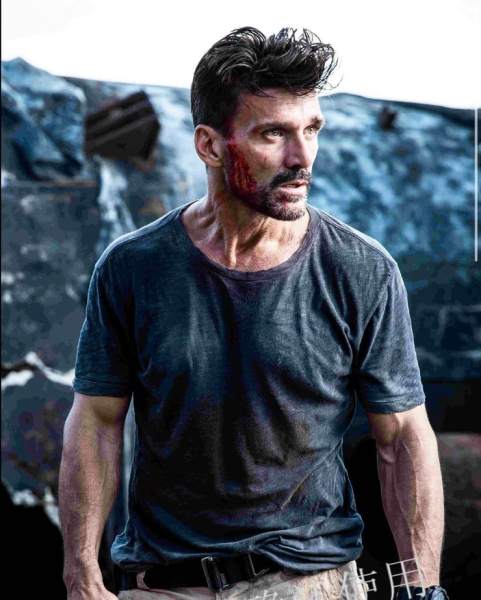 Dude’s looking to get himself a citation. Move along, pal!