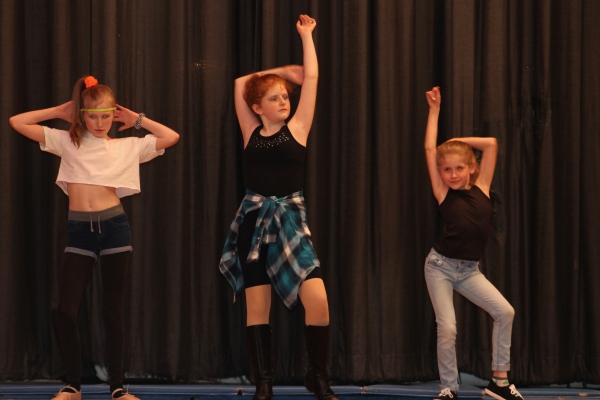 On top of the fact today is Princess P’s birthday, she also participated in her school’s Ballroom Dance event this morning. Like Kevin, she and members of her class showed off what they learned and performed the six dances for parents and friends. She did the waltz, merengue, foxtrot, swing, rumba and tango. As a bonus at the end, they performed the heel-toe polka, which was great.

After the performance, the teachers and instructors picked their choices for the school’s competitive team. Kevin was lucky enough to make the team last year, and Julia was chosen this year! She’ll join a handful of classmates and compete against local schools, and if they get past the first round, they’ll compete against schools throughout the city.

She also told Mrs. Earp she wants to continue ballroom lessons, like Kevin did, for the foreseeable future.

5 thoughts on “A Banner Day For Princess P!”