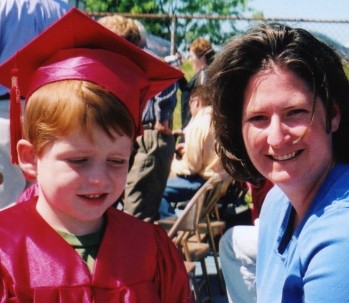 From the very beginning, this little five-year old knew right from wrong. Sure, it helped that his father was a police officer and we raised him to be respectful of others, but in the end, his decisions and actions were his own.

As he grew older, he surrounded himself with others who were not only good friends, but good people. He also separated himself from not-so-good people, like the classmates who spent their weekends drinking in the woods. For the most part, The Boy has been a perfect gentleman and a perfect citizen.

A few weeks ago, he was at a party with his college teammates and many girls from one of the school’s athletic teams. (I am painstakingly trying to not give away information on any of the actors here.) There was alcohol involved, and one male at the location – not an athlete, but a student at the college – was continually harassing one of the female athletes. The Boy’s exact words were “getting rapey” with one of his female friends…

(His text to me the next morning read, “I almost murdered someone tonight.”)

While others politely asked the male to stop, he refused, and no one wanted to really lay down the hammer. It got to a point where The Boy had enough and “lost his shit” – his words. He walked to the male student, grabbed him by the shirt, pushed him against the wall and unleashed some very colorful sentence enhancers. He told me he unleashed some “North Philly language” at the offender, which both shocked and even amused the party-goers. When The Boy goes all street on someone, it’s pretty impressive.

It took two of his teammates to pull him off the offender.

The Boy’s actions prompted others to act, and they threw him out of the party. The Boy was kept far away from the offender, for obvious reasons. He called me at work the next day and gave me more specifics. I, in turn – with his permission – contacted the college’s police chief and gave him a rundown. The chief contacted the college’s Title IX lawyer; apparently Title IX is much more severe than a police report would be.

The lawyer interviewed Kyle before Christmas break, and there is a good chance this disgusting person will be expelled. The victim did not want to come forward, so the case is proceeding mostly on The Boy’s testimony.

I asked him if he regretted doing that, and he replied, “Not at all. It was the best thing I have ever done.”

I told him something Dennis Prager often says: courage is the most uncommon human trait, and it took courage to do what you did. He was worried if people at the party found out, they wouldn’t like him anymore, to which I said: No, they’ll probably like you more. It was a selfless, heroic thing Thee Boy accomplished; something not many men would stand up to do.

I have never been more proud of him.

11 thoughts on “Stand And Deliver”