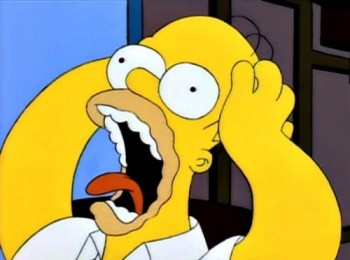 So, yesterday was terrible.

Princess P was sick from school, and was vomiting much of the morning. We think she had the same virus Kevin was battling. As if that wasn’t bad enough, I had my urologist appointment early in the morning, and was hoping for good news.

After sitting for what seemed like forever in the office, I was finally called back. The crazy cute Russian nurse took my vitals, and had me give a urine sample. In the urologist’s office, you pee into what looks like a spittoon, and it analyzes the urine and reads the numbers. Afterward, the nurse took a quick ultrasound of my bladder to make sure it was empty. It was…

A short while later the urologist called me into the office and looked at my recent blood work. My previous Prostate Specific Antigens (PSA) were right around 4.0, which is borderline – if not outright – high. The doc looked at the chart and said it was still 4.0 so he was going to make an appointment for six months.

Then he stopped, reread the chart, and realized the newest PSA was at 4.4, which is apparently pretty bad because his eyes opened wide and he frowned. So I got that going for me. The doc asked me to head back to the exam room, he greased up and checks my prostate manually.

When he was finished he said, “It felt like there was a lump in your prostate. Now, it could just be a cyst, but we’re going to have to schedule another biopsy. I know you just had one a little over a year ago, but we’re going to have to do it again. If you were 80, I wouldn’t be concerned, but at your age, I’d rather do the biopsy and know for sure, than leave it and have a cancer incident.”

So that was fun. I wanted to just ask the doc to remove the prostate and be done with it, but who knows if that would keep me away from a cancer scare? What I do know is the prostate biopsy is literally the worst thing I ever had to deal with in my life. It’s uncomfortable, painful, and intrusive. I would not wish it on my worst enemy.

I’m fast-tracked for the biopsy on Tuesday the 18th.

13 thoughts on “The Stress Never Ends”