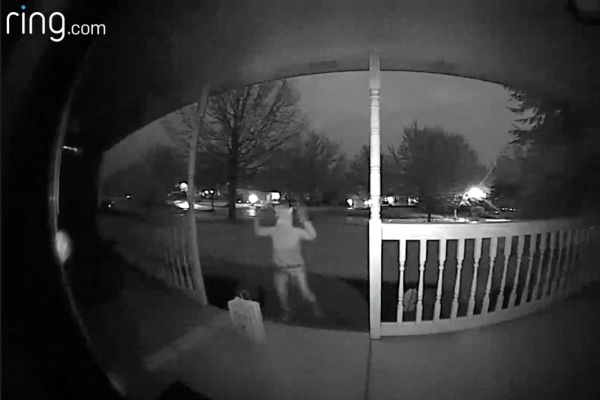 Okay, maybe I was a little hard on Ohio, because if this is what happens there, I should renege many of my snide comments about the Buckeye State.

The tooth fairy may not be real, but thankfully there’s a beer fairy.

A woman in Ohio was recently surprised to find a couple of mysterious care packages appearing on her doorstep. When she checked her doorbell camera to find out who dropped off the gifts, she probably wasn’t expecting to see what the cameras had captured:

Brooke Baxter, from Tallmadge, recorded two videos off the mysterious care packages being dropped off at her house, and later shared them on her Facebook page. Normally, it would be disconcerting to see someone dressed as a pig had visited your house in the middle of the night, but at least this mysterious person came bearing gifts.

I’m guessing the homeowner is very pretty, because during a countrywide lockdown, no man is giving up his beer for just anyone.

4 thoughts on “Where The Beer And Antelope Play”