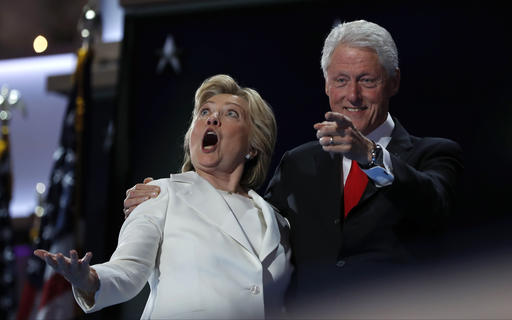 Failed presidential candidate Hillary Clinton stated her mentally-challenged compatriot Joe Biden should not concede a close race under any circumstances. But remember, the Democrats want to bring America together again. Totes magotes.

Hillary Clinton has some advice for Joe Biden: If it is a close race on election night, do “not concede under any circumstances.”

Clinton speculated the GOP would try “messing up absentee balloting” and would launch lengthy legal battles with an army of lawyers to contest the result. The Trump campaign has already begun suing states like New Jersey over their mail-in ballot plans.

“Joe Biden should not concede under any circumstances because I think this is going to drag out and eventually I do believe he will win if we don’t give an inch and if we are as focused and relentless as the other side is,” she said.

This from the same drunken, mentally disabled bitch who claimed in 2016 that President Trump would not accept the results of the 2016 election. Meanwhile, this bitch hasn’t accepted the 2016 results nearly four years on.