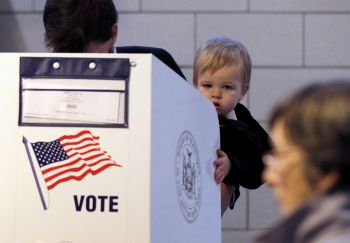 While driving home from work, I was listening to the Mark Levin Show, where Levin was quoting an article by Daniel Horowitz. The article was discussing the shenanigans in my corrupt banana republic on Election Day, and the fallout from the fairly obvious voter illegalities.

Horowitz goes through the mail-in ballots, the numbers, and the statistical anomalies that make absolutely no sense. To wit…

Yes, mail-ins overwhelmingly skewed Democrat, like Election Day votes skewed Republican,. We know that 64.7% of those votes were from registered Democrats, 23.7% from Republicans, and 11.6% from nonpartisan or other party voters.

What does this mean in simple arithmetic? My friend (who goes by screen name Gummi Bear on Twitter) crunched the numbers and showed that had Biden won 95% of returned Democrat mail-in votes, 21% of returned Republican votes, and 80% of returned independent votes, he would still have come up short of his margin of victory reported in the unofficial tally.

There is no question in my mind that Philadelphia, Milwaukee, and Detroit committed thousands of counts of election fraud. None whatsoever. Does that mean President Trump will eventually prevail? I doubt it; only because I don’t trust anyone in D.C., especially the Supreme Court.

And speaking of signature validation, this statistical anomaly should lend a lot of suspicion to the already questionably low rejection rate of mail-in ballots this year. According to the 2016 Election Administration and Voting Survey, the rejection rate last election was just a tad under 1% in the Keystone State, even though there were only 266K mail-in ballots, which are mainly those who have experience filling out absentee ballots. This year, with 2.6 million mail-ins, consisting primarily of first-timers, we are to believe that just 0.038% were invalid?

If you have the time, read the entire article at the link. Horowitz and Gummi Bear bring the receipts; including statistics and the near impossibility of Biden winning this election without help from corrupt Democrat strongholds.

6 thoughts on “Shenanigans Are Afoot”