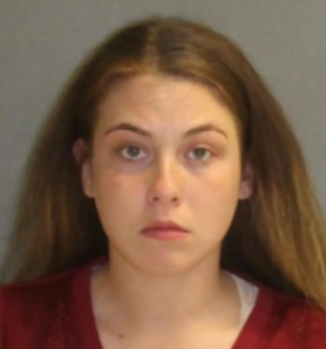 A Florida sheriff is suffering from a broken leg after a female struck him with her car… while she was shopping on Amazon. Driving while shopping is a thing?

A Florida woman struck a sheriff riding his bike, leaving him with a broken bone in his leg — because she was shopping on Amazon while driving.

Paige Bergman, 20, was arrested at her Deltona home early Friday following the hit-and-run collision in a Hyundai Sonata that injured Volusia County Sheriff Mike Chitwood as he took a bike ride Thursday afternoon in Port Orange.

Bergman, who has been charged with leaving the scene of an accident involving serious bodily injury, was driving a maroon sedan while distracted when she drove into the sheriff.

The good news is Paige landed an amazing deal on a nose ring and a sweet pair of Crocs.