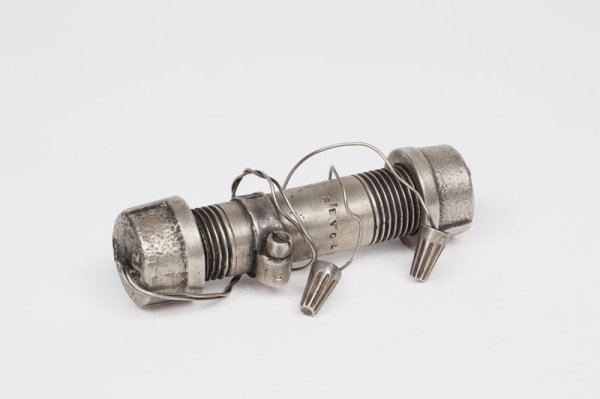 So Sunday was really a blast.

Get this, some jackass citizen found a package left on his front step. The package had writing on the top of the box which read, “Grenade.” Considering the people in my division, I assume the person who delivered the package misspelled the word. Badly.

Anyway, the idiot who received the package did not call 911. Instead, he decided to pick up the package – which we were told contained a pipe bomb – placed it into his car, and he drove to… wait for it… the police station! The citizen walked into our building – which, again, we were told contained a pipe bomb – and stood in line with it while waiting to see a police officer.

There were at least five other citizens in the lobby, not to mention the officers in the Operations Room.

Eventually, a straight-thinking officer realized what was going on, escorted the man out of the building, placed the pipe bomb on the sidewalk, and had patrol officers clear the block. The Bomb Disposal Unit was notified, as were we, but in true department fashion, the building was not evacuated.

In the department’s defense, the solid concrete and layers of asbestos likely would have protected us.

The BDU cleared the scene, and apparently there was a smoke grenade in the box, not a pipe bomb. Just another day in the big city.

Ladies and gentlemen, on a personal note, if you receive a suspicious package – especially one which has “Grenade” written on it – leave the package where it was, evacuate your residence, and call 911 from at least a block or so away. Do not put it in your car. Do not take it to a police station. Thank you.