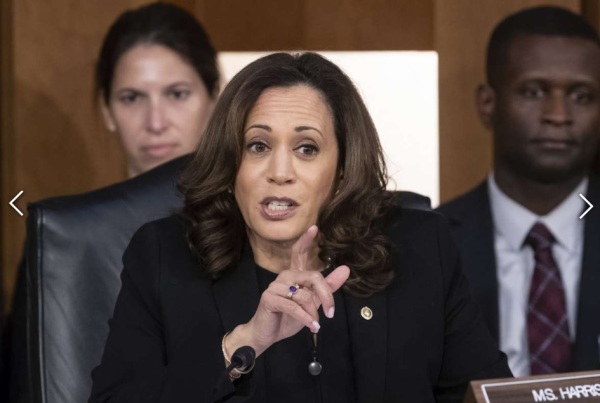 Border Czar and hilariously unlikeable “Vice-President” Kamala Harris has finally scheduled a trip to border. The illegitimate vice-president is excited to see the mountains, elk, and sample a bit of poutine.

Vice-President Kamala Harris, a.k.a. the Border Czar, is scheduled to travel to the border this week. No, not that border – she’s going to a state on the northern border. Harris will visit New Hampshire Friday. Her trip will include one or more stops in the Laconia-Plymouth area. The question is, why?

Specific events or locations for the visit have not been finalized. Why would Kamala Harris deliberately put herself in a position to go to New Hampshire when she is being begged to visit the southern border, to see the migrant crisis first hand? She could be on the receiving end of fluffy stories about her compassion for the children in custody, maybe shed a tear or two on camera, surround herself with local Democrats who blame the bad Orange Man for the problem. Instead, she is going to New Hampshire. There is no crisis on the Canadian border.

At least one GOP member had the balls to call out Kamala’s ridiculous trip north.

New Hampshire Republican Party Chair Stephen Stepanek rightly called Kamala out when the news surfaced Sunday evening. He said there is no crisis on the northern border, she should be going to the southern border. Apparently, he has knowledge of an anticipated appearance by Senator Hassan with Kamala.

Normally I would think a “Border Czar” refusing to visit the southern border would be hilarious, but in this case it’s sad and pathetic. There is a crisis at the border – even the Illegitimate President acknowledged that fact – and Kamala Harris has no desire to see what she and Biden have wrought.

Also, this isn’t Soviet Russia – yet – so stop using the term “Czar.” Jackasses.

11 thoughts on “Kamala Harris Headed To The Border”