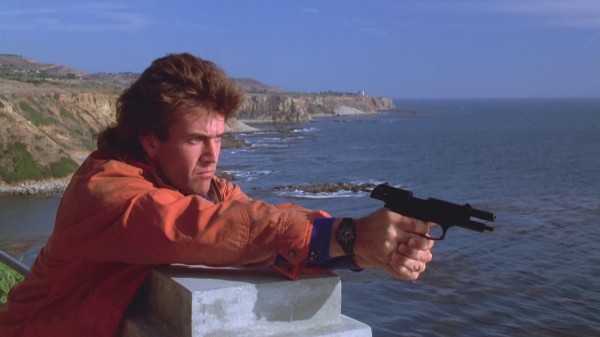 Getting old sucks. Or blows. Or whatever. When it comes to departmental training, few things are better than pistol requalification. You’re out of the office, you don’t have to deal with humans, and you’re shooting in the fresh air.

For the past 26-plus years, I have been a decent shot. Not terrific – I think I scored five or six perfect scores – but I’m always scoring in the high 90’s. I’d never make the SWAT team, but I’m also in my 50’s. With only seven other officers shooting with me, I felt confident I would do well.

Holy crap, was I wrong.

When we went out on the line, the first thing the instructor told me was my grip was wrong. It’s the grip I was taught in 1994, and the grip I have been using for 26 years. I’m left-handed, so my right thumb was always atop my left thumb while shooting. Now, as I’m about to shoot, the instructor wanted me to undo everything I have been doing – fairly well – for nearly three decades.

(They did the same with our stance a year or two ago. “Sure, you guys have been using the Weaver Stance for two decades, but now we want you to use the Isosceles Stance.” And… go!)

So, every time I draw, the instructor is telling me to check my thumb. Dude, I just want to shoot for cripes sake! My shots from the 7 and 15-yard lines were fine, but then we went out to the 25-yard line. I always have some trouble from the 25 because 1. I always seem to rush the shots, and 2. my eyes aren’t as good as they used to be.

The instructor is still reminding me to mind my thumbs, and I’m trying to concentrate on the target. I finish my six shots, and hope for the best.

I missed four of my six shots. They hit the target, but not anywhere which would have given me points.

The range boss marked down the scores. There are two sections, each worth 150 points if you’re perfect. The total combined points are divided by three, and that is your final score. The range boss scored my first half – 120. I think it was the worst score I ever had, and I started stressing out. I knew I wouldn’t fail, but I knew this score was going to be awful if I didn’t ace the second half.

The instructor wasn’t as picky the second half, except when we were doing stoppage drills, where I cleared the stoppage twice and gave myself a double feed. Everything I was doing last night turned into a disaster, and the stress continued to build.

Eventually the ordeal ended, and I scoured the target to see how many I hit. I ended up scoring a 146 out of 150 in the second half, and limped away with a final score of 89. I was never more embarrassed in my life.

For the record, I have no one to blame but myself. This isn’t because I’m getting older or because my eyes aren’t great. I should have been able to adjust to the instructor’s new grip. I should have put him out of my mind while I was shooting. I shouldn’t have stressed about shooting from the 25, but for some reason, everything crashed on top of me at once.

Ironically, the department is reopening the range for plinking – shooting when you’re not on duty – at the beginning of June, and I think I’m going to start heading there occasionally. I’m ashamed and embarrassed on how I performed yesterday, and I never want another night like that again.