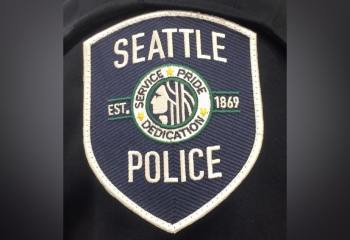 The animals which make up Burn, Loot, Murder (BLM), Antifa, and the great unwashed leftists have struck a blow for anarchy in Seattle. In the past year, the Seattle Police Department has lost a third of its police officers.

In a heartbreaking and revealing interview on The Ari Hoffman Show on Talk Radio 570 KVI, President of the Seattle Police Officer’s Guild Mike Solan said regarding police officers leaving the department, “At the end of this month…we will be close to 300 officers (leaving), that’s a third of the agency.”

The mob wanted to defund the police, and they succeeded. It sucks for the good people in Seattle, but the politicians are beholden to the mob, and soon Seattle will look like Detroit.

Some of the officers opted for early retirement, while others took law enforcement jobs in other cities or switched to alternate careers. Sources [said] morale on the force is at an all-time low. Last month, a Seattle police officer and trainee were refused service at a local chocolate shop. The incident revealed a pattern of behavior by employees of the chain at other locations.

The same day, a female officer was walking her beat past a local public school when approximately 10 3rd grade students raised their hands in the ‘hands-up-don’t-shoot,’ a reference to the Michael Brown incident in in Ferguson, Missouri.

This is the result of one-party rule in major metropolitan cities. I sincerely hope the officers still on the job there slow roll to calls from those businesses. You don’t want our help? Cool, defend your own business and stop calling 911.

11 thoughts on “The Mob Has Spoken”