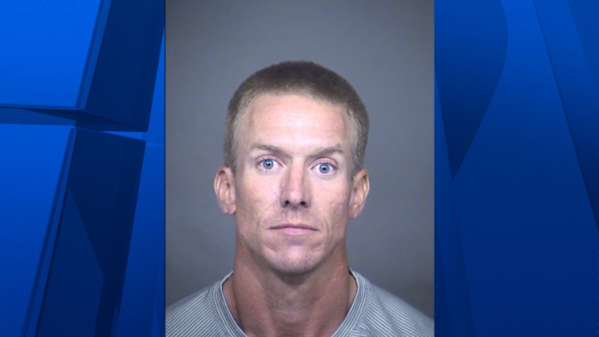 Meet John Janecek of Mesa, Arizona. You would think living in one of the most beautiful states in the nation would be enough for one man, but John has a fever, and the only prescription is more fireworks.

A man is facing felony charges after police said he used fireworks to destroy five mailboxes in Mesa and Gilbert. According to detectives, John Janecek, was behind the four incidents in Mesa and one in Gilbert between March 12 and March 15. Surveillance video caught the suspect’s maroon Hyundai Sonata leaving the scene in three of the Mesa cases.

Almost everyone has a Ring camera or other surveillance equipment nowadays, you know, because the country is imploding before our eyes.

After searching databases for the car, detectives said they found Janecek had one and that he posted videos on social media making and setting off fireworks. Police said they used the 40-year-old’s phone records to find that he had been in the area of the first Mesa exploding mailbox, followed by the one in Mesa.

4 thoughts on “The Mail Box Menace”