Meet Adriana Leon, a member of the Canadian soccer team who denied the U.S. squad a place in the gold medal game. She and her teammates should be recognized as heroes.

Leon was called to the Canada U-20 camp in December 2009 and played the 2012 FIFA U-20 Women’s World Cup for Canada. In December 2012, she was called up to the senior Canadian team for the 2013 Four Nations Tournament, making her first international appearance against China on January 12, 2013, scoring the game-winning goal in a 1–0 victory.

At the 2018 CONCACAF Women’s Championship Leon scored 6 goals and finished second in tournament’s golden boot race behind Alex Morgan of the United States who scored 7 goals.

Hockey, rugby, and soccer are pretty demanding sports, so I’m sure Adriana is more than tough. 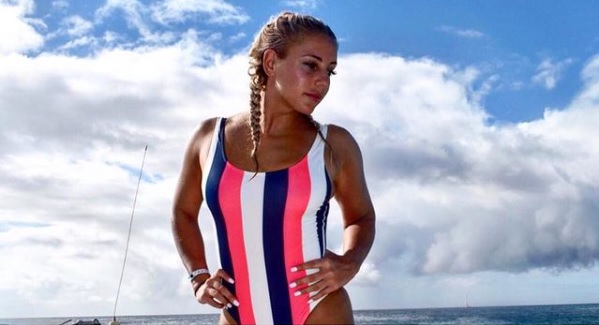 She also looks very good in a swimsuit. 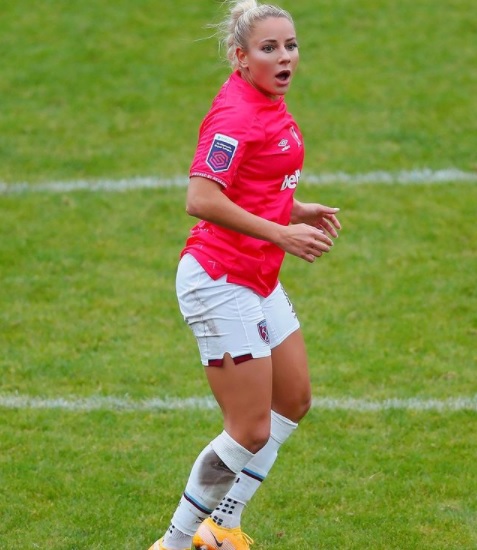 Adriana’s caption for the below photo was, “The face you make when you’ve realized you hit the post.”

I figured I’d finish off – phrasing – with a bikini pic. The women’s soccer title match – Canada versus Sweden – is set for tonight at 10pm (EDT). Good luck, Adriana and the entire Canadian team.

4 thoughts on “Your Olympic Babe O’ The Day”