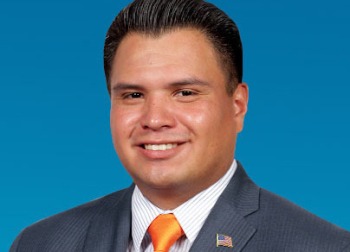 Compton City Councilman Isaac Galvan and four of his corrupt pals have been charged with voter fraud after rigging Galvan’s re-election. Damn you, Republicans, will you never learn?

Compton City Councilman Isaac Galvan and five other people were charged with conspiring to commit election fraud during a June runoff to ensure he would retain his seat. Galvan won the election by one vote.

Yes, because winning an election by one vote won’t raise red flags. Dumbass.

Galvan, 34, was charged with conspiracy to commit election fraud and attempted bribery with intent to influence an election.

According to the District Attorney’s Office, Galvan and [Jace] Dawson, a former Compton City Council candidate, conspired to secure votes for Galvan to ensure he retained his District 2 seat on the panel. Prosecutors also contend Galvan tried to bribe a county registrar employee as she was counting ballots on election night.

Honestly, I don’t understand why they even tried something like this. Are there actual Republicans running for office in Compton? So you lose this election, who cares? You’re a leftist, so you’ll just eventually be reelected again anyway.

Oh, it may surprise you that the article made zero mention of Galvan’s political affiliation.