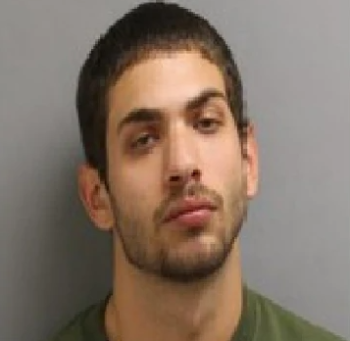 Meet Robert Corey of Enfield, Connecticut. Robert was driving down the road, minding his own business on Halloween, and drove close to trick-or-treaters. One of the parents started yelling at Corey, and a fight ensued.

Then things got a little weird.

According to Enfield Police, a man was driving a silver Saturn on Silver Lane near Pioneer Drive around 8:30 p.m. on Sunday. He allegedly drove too close to kids walking along the road trick-or-treating.

Police say the parents of the trick-or-treaters confronted the driver, claiming he nearly hit their kids with his car. The situation became heated. The driver – later identified as Robert Corey, 20, of Enfield – and one of the parents began to fight.

Corey and the other individuals involved in the fight gave conflicting stories to the police. The parents say, after the fight, Corey brandished a gun, “racked a round” into the pistol, and held it over his head, causing the parents and kids to run. Corey said a gun “fell out” during the fight.

I’m not exactly sure why Corey would bring his weapon to the argument with him, and I’m really not sure why the parent decided to get into a fistfight in front of his small children, but it’s Connecticut. Most people in Connecticut are really bizarre.

4 thoughts on “Enfield Man Does Not Carry One”