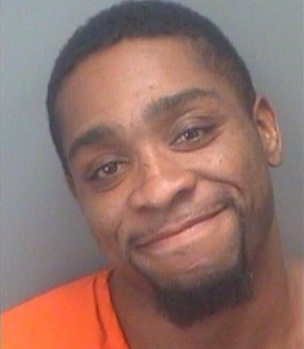 This handsome devil was stopped by police last week for not having his headlights on. A search of the vehicle found a firearm and other interesting hidden items.

Patrick Florence, 34, was a passenger in the vehicle when the car was stopped by deputies with the Pinellas County Sheriff’s Office early Saturday morning at around 4 a.m. in Clearwater.

The officers stopped the vehicle when they noticed it did not have its headlights or tail lights on. The vehicle was searched by officers who found a gun under the passenger’s seat where Florence was sitting.

I mean, I’m sure the firearm was there long before Florence entered the vehicle. /eyeroll

Florence was then searched by officers, who found two baggies strapped to his penis with one containing cocaine and the other methamphetamine. He then denied the narcotics and weapon were his before he was arrested, police said. He was charged with four felonies including possession of cocaine, meth, ammunition and a firearm. (H/T – Al)

One wonders how he “strapped” the drugs to his penis. Did he use rubber bands, masking tape, Gorilla Glue? Someone help me out here.