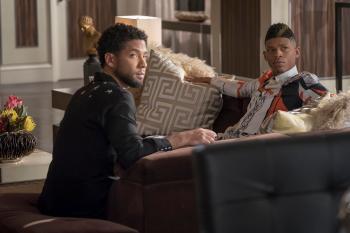 Remember Jussie “Juicy” Smollett, the D-List actor who appeared on Fox’s “Empire?” Smollett was the guy who hired two black men to rough him up and put a noose around his neck after telling them to yell, “This is MAGA country!”

Juicy was hailed as a hero by the left, and he spawned a number of other hoaxers – see also: NASCAR driver Bubba Wallace – before evidence appeared that Juicy made up the entire event. Juicy is sitting in jail now, and you’ll never guess why he’s there…

Following Jussie Smollett’s sentencing late last week, the former “Empire” actor is claiming that the reason he’s been sent to jail for 150 days is because he is black.

Sources with direct knowledge and in touch with the convicted actor told TMZ that Smollet had expected to get jail time, solely because of the color of his skin.

This motherf**ker committed a fake hate crime, let the Chicago police waste unknown man hours doing investigations, and at his trial, he still continued to claim he was innocent, despite a mountain of evidence to the contrary. But yeah, you’re in jail because you’re black. I’m surprised he didn’t also mention that he’s gay.

He reportedly told his defense team prior to the sentencing that he felt he would be treated more harshly than others convicted of non-violet crime because of this point, believing it’s evidence of systemic racism in the judicial system.

Yeah, not for nothing, but this prick was looking at 10-20 years in jail for his crimes, and the useless judge gave him 150 days in jail instead. But please, Juicy, tell me how oppressed you are. There are two sets of laws in America, and you’re one of the lucky ones where the law doesn’t apply to you.