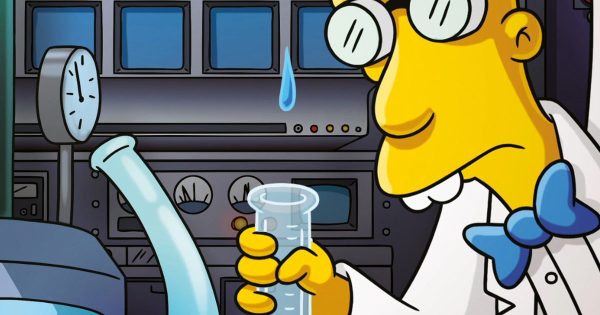 A gaggle of nerds from Alaska’s International Arctic Research Center have been investigating the drought in Southeast Alaska. The findings will literally blow your mind.

“Drought in Southeast Alaska does not look anything like what people think a drought looks like,” said Rick Thoman, an Alaska climate specialist with the University of Alaska Fairbanks’ International Arctic Research Center. “Ketchikan gets 100 inches of rain in a year, and oh, it’s in drought.”

One hundred inches of rain, and they call that a drought. Wow…

“Every drought is different. Every drought has its own signature, its own physical quantities, its own impact,” said Andrew Hoell, a research meteorologist with the National Oceanic and Atmospheric Administration. “Precip was about 80% of average over three years. You wouldn’t think 80% of average in a rainforest is a big deal.”

Hoell and Thoman worked together on the project, analyzing the causes, impacts and future of droughts in the region. The 2016-2019 drought led to water shortages for drinking and power plants, impaired salmon hatching, insect outbreaks and more wildfires in the region.

Are you ready to learn why there is a drought in Southeast Alaska? Here ya go…

“Temperatures were consistently high,” Hoell said in a phone interview. “Over the course of three years, they were 1 to 1.5 degrees Celsius higher than normal. A 1 to 1.5 degree bump on 5 degrees average is a big deal.”

So wait a minute. You mean to tell me that the drought originated because of high temperatures and a lack of rain? Holy crap, that’s brilliant!

In other news, after a thorough investigation, I found pretty ladies don’t come up to me as much anymore, because I’m old, dimwitted, and arguably the ugliest man in Pennsylvania.

6 thoughts on “Trust Our Scientific Betters”