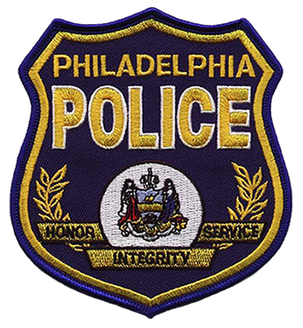 A SEPTA Transit police officer and two women were shot Wednesday when a barricaded man started firing randomly from inside his residence. The incident happened in the Frankford section of the city.

Sergeant Eric Gripp told reporters officers near the Arrott Transportation Center heard gunshot around 7 p.m. Police found two women, 57 and 42, with gunshot wounds to the hip-area near the intersection of Griscom and Arrott streets.

Police chased the armed suspect to a property on the 4700 block of Leipert Street where he barricaded himself inside and fired at police from different floors, Gripp said. During the gunfight, Gripp said a SEPTA police officer was hit in the abdomen.

The officer was taken to Temple Hospital in critical but stable condition.

Apparently, the shooter killed himself after our SWAT team arrived on the scene. The SEPTA officer and the two pedestrians are all expected to recover.

2 thoughts on “Just Another Day In A Blue City”