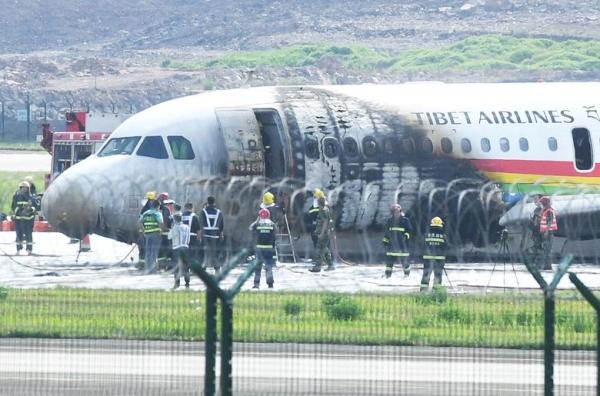 We Can Just Buff That Out Caption Contest
(Source: Reuters)

Caption this photo in the comments section. The winners will be posted on Monday, May 16th.

Original Caption: Rescue workers are seen at the site where an Airbus A319 plane of Tibet Airlines caught fire after an aborted takeoff, at Chongqing Jiangbei International Airport in Chongqing, China. cnsphoto via REUTERS