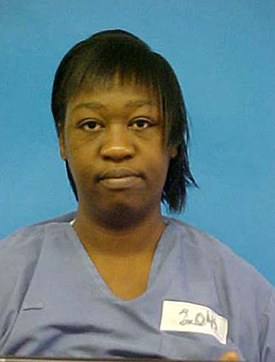 Meet Carla Jefferson, a gorgeous, knockout woman who has everything going for her. Unfortunately, this human slug does nothing all day but call and harass the St. Petersburg (FL) Police Department.

I mean, if you think 11,000 phone calls is considered harassment.

A Florida Woman this year has made more than 11,000 harassing phone calls to a police emergency communications center, according to cops who say the defendant admitted that she “loves playing this game.”

Carla Jefferson, 50, was busted Monday evening on a misdemeanor charge of placing a torrent of phone calls to the St. Petersburg Police Department and the Pinellas County Sheriff’s Office.

You guys think I’m kidding when I get these calls. It isn’t just me; most departments in the country are swarmed with angry idiots yelling at us all day and night.

Jefferson, investigators say, “harasses, belittles, swears at, argues with” police employees who answer her calls. “The content of these phone calls are vulgar, threatening, or obscene” and “contain extreme expletives, sexual innuendo, and belittling remarks to the communications staff,” according to a court filing.

Hey Carla, if you truly want to make a difference, start calling the American Gestapo.

8 thoughts on “I Thought The Jeffersons Was A Comedy”