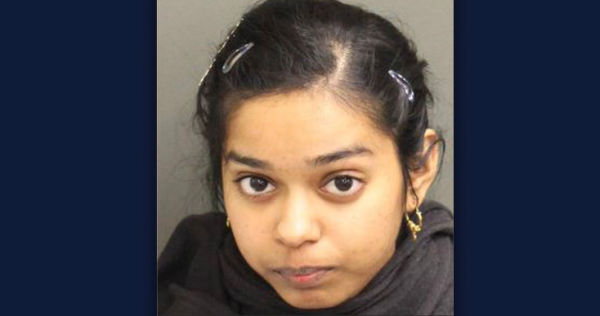 Meet Fatiha Marzan, a truly evil piece of garbage. Fatiha “allegedly” stabbed her younger sister in the heart three to four times with a knife, because she believed her sister Sayma was flirting with Fatiha’s boyfriend. You know there are plenty of men in this country, you despicable sow!

A 21-year-old woman in Florida allegedly confessed to plotting and killing her younger sister for messaging and flirting with her long-distance boyfriend.

Fatiha Marzan was taken into custody last week and charged with one count of first-degree murder with a weapon, a capital offense, for stabbing 20-year-old Sayma Marzan “specifically” in the heart several times, court documents reviewed by Law&Crime show.

This country is getting more violent every day, and I don’t see any way we can come back from this.

During the subsequent interviews with investigators, Fatiha allegedly confessed that she had been planning to murder her sister for weeks because she wouldn’t stop flirting with Fatiha’s boyfriend.

“Fatiha said Sayma was asleep in their bed that they shared when she began to stab her in her heart. Fatiha admitted to stabbing her three (3) to four (4) times specifically in Sayma’s heart. Sayma woke up and said ‘What the fuck?’ and the word ‘help,’” the affidavit states. “Fatiha replied, ‘Stop.’”

Death. Penalty. No judge, no jury, just eliminate this piece of trash.

10 thoughts on “Sister Murders Sister In Her Sleep”