A classic Florida Man, Aaron was lost in his own state and needed a ride home. After realizing he has no job, no money, no woman, no prospects, and no reason to get up in the morning, he decided to “borrow” a FedEx truck.

A man is in custody after police say he stole a FedEx truck and drove it onto the runway at the Tallahassee International Airport.

A Tallahassee Police officer looking out the window of the airport noticed the truck driving on the runway at about 1:30 a.m. Monday, according to court records.

The driver, 23-year-old Aaron Lennihan, was arrested on site. He is charged with grand theft of a motor vehicle. He told TPD officers he was trying to get back home in Pasco County but did not know where he was or how he got to Tallahassee.

Now before you laugh, I think this was a brilliant move. You see, Aaron is a big fan of the movie “Speed,” so he realized news choppers couldn’t enter the runway’s airspace. All he needed to do was buy himself some time, because the cops wouldn’t be allowed on the runway, eith- 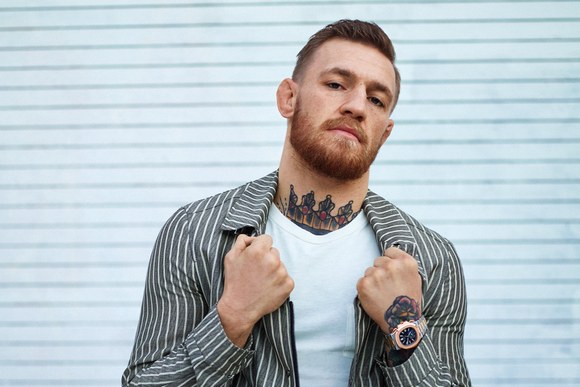 There are few athletes I admire more than Conor McGregor. Yes, the guy has had his troubles, but he is arguably the most dominating UFC fighter of all time. His utter destruction of Cowboy Cerrone last weekend was amazing, as was his praise of the president.

President Donald Trump congratulated UFC star Conor McGregor for his big win at UFC 246 after the athlete praised the president Monday on Twitter.

McGregor tweeted at Trump on Monday evening, referring to him as a “Phenomenal President.” The UFC star added that Trump is “quite possibly the USA [Greatest Of All Time].”

Following the praise, Trump tweeted back at McGregor on Tuesday morning. He congratulated him for his “big UFC WIN.” McGregor beat Donald “Cowboy” Cerrone in a fight that lasted just 40 seconds Saturday evening. The win was his first in several years.

Unlike the NFL scrubs or the Hollywood soyboys, McGregor is a real man who demands respect. Love him or hate him, at least his McGregor’s priorities are in order.

So, let me tell you about my Monday.

I’m sitting at my desk, minding my own business, and wondering if I’m too old to become a professional video gamer when I notice an Assault on Police job pop up on the screen. The time was about 4:30pm, but the incident allegedly occurred at 3pm. I mean, that can’t be right, because no cop would wait nearly two hours to inform detectives of an assault on an officer, right?

At approximately 4:40pm, the officer saunters in, looking better than I have in years. For someone who was assaulted, he looked fabulous!

END_OF_DOCUMENT_TOKEN_TO_BE_REPLACED

Two men from Papau New Guinea held up a treason trial after they were ordered to remove their penis gourds. Is this what this blog has come to?

Two Papuan activists on trial for treason in Indonesia’s capital decried what they described as ‘racism’ after the court on Monday ordered them to remove traditional penis gourds.

The Jakarta hearing descended into a standoff as the panel refused to proceed until the men put on pants – the second time their native garb led to delays in the trial of six activists.

After several hours of negotiations, the pair – also wearing Papuan headgear with their faces painted and the words ‘monkey’ scrawled on their bodies – grudgingly agreed to put on trousers. (H/T – RedneckGeezer)

Hmm, I wonder if the trousers had a penis gourd attachment?

The man jumped into view behind NBC reporter Gabe Gutierrez, who was speaking to MSNBC host Hallie Jackson in the studio at the time.

“Yeah, it’s exactly right, Hallie,” Gutierrez agreed, noting that the gathered crowd included quite a few people wearing or carrying Trump 2020 gear. “A lot of President Trump’s supporters here,” he said. “They see this as an affront on the Second Amendment and certainly as the president has been tweeting about this rally for several days. So Hallie, I’m sending it back to you.”

A bearded elderly man ran into the shot just behind Gutierrez, yelling, “Y’all are a bunch of f**kin’ lyin’ pieces of s**t!” he yelled as two men stepped in to restrain him. “F**k you!”

This is the sign which greeted me on my first day back from being sick. Our building consists of three floors. The bottom floor is where the (nasty) locker rooms are located. The first floor is the police district, and the second floor is the detective division.

Each floor has a male and female bathroom, but the district bathroom is tiny and rarely clear. The locker room bathroom usually works, but t.p. and soap are rather scarce.

The female detectives have their own bathroom – I’ve seen it; it’s nice and smells like potpourri. This sign is on the male detective’s bathroom. We have two sinks, two bathroom stalls, and two urinals.

ALL WERE INOPERABLE SUNDAY, AND APPARENTLY HAVE BEEN FOR DAYS.

The problem with our bathrooms are they’re linked to the plumbing in the cell rooms. Most of our prisoners are disgusting humanoids, and they spend their time here flushing anything and everything down the toilet. Entire rolls of toilet paper, drugs, and water bottles to name a few. (No, that is not an exaggeration.)

As a result, the bathrooms in the building clog, and no one can relieve themselves.

Our only recourse Sunday was the tiny toilet used for defendants and victims. It’s a nasty bathroom which gets cleaned during the week, but when the cleaning service is off, we’re on our own. I’ll suffer through the asbestos, the fumes, and the other life-draining aspects of this building, but is it too much to ask for a major metropolitan police department to offer working restrooms?

The Grumpy Old Hens Caption Contest is now over.

Top Five Entries:
5. Sanders: For the last time, paper beats rock! – Barry D.
4. “Liz…..I promise…..once I’ve invoked the power of Stalin to drive out your demons…..you will be free to drop out of this race!” – Dalek
3. Go pound sand, Pocahontas! – Ronni
2. “Beg all you want. You are NOT going to be the nominee!” – William

WINNER! – Did you get those smallpox tainted blankets I sent you for Christmas Lizzy…? – Sully

A teenager was arrested after she was involved in an argument at the Circle K, left the scene, then came back to settle the score. You know, when I watched Bill and Ted’s Excellent Adventure, I never saw anyone getting stabbed.

A 19-year-old woman is in custody after allegedly stabbing a clerk with a knife at a Circle K in Phoenix.

Police say Jasmine Vega had been asked to leave earlier and she returned and attacked the clerk. The victim, 27, was transported to the hospital with serious but non-life-threatening injuries.

The stabbing happened around 9:30 p.m. on Friday at a Circle K located at the corner of Indian School Road and 16th Street.

Now after vacationing there twice, I truly love Arizona. That said, the quantifier is never live near Phoenix. It’s arguably the only part of Arizona which resembles most big, crime-ridden cities. 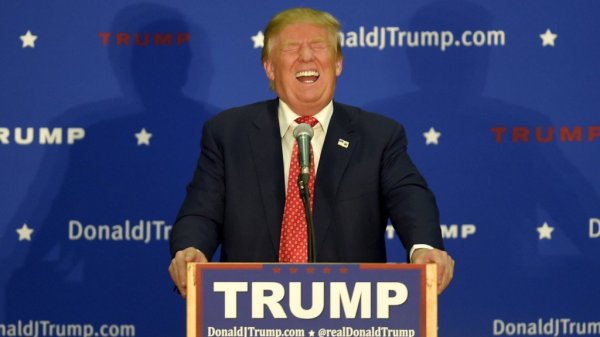 The 9th Circuit Court of Appeals in California ruled Friday that children do not have standing to sue the Trump administration and the federal government for not adequately addressing climate change.

Climate policy comes under the purview of Congress and the president, not the court system, the U.S. Court of Appeals decided in a split decision. Attorneys for the teenagers can ask the U.S. Supreme Court to allow the trial to continue in Oregon, where it was initially filed.

“The panel reluctantly concluded that the plaintiffs’ case must be made to the political branches or to the electorate at large,” the panel of judges noted.

While this is a great story, the big picture is even more impressive. Folks, in a span of three years, President Trump has packed the Ninth Circuit – for decades, the most liberal court in the land – with conservative judges. Cases which would have been leftist home runs are now closely decided, and if reelected, it if quite possible the president can turn the court red.

That is nothing to sneeze at. Despite the frivolous attacks, the sham impeachment, and constant negative press, President Trump is changing this country for the better. Imagine what he would do with another term.

As you all know, today is Martin Luther King, Jr. Day. It is a celebration of one of the greatest civil rights heroes; a man who tirelessly worked for equality.

While Reverend King’s works were mighty, far too many have co-opted and transformed his original wishes. Today’s NAACP is closer to a hate group than one of action for African-Americans. Today’s “civil rights leaders” are mostly grifters like Jesse Jackson and Al Sharpton, focused more upon making a fast buck and tarnishing non-blacks than creating harmony.

It puzzles me how these grifters and their far-left acolytes can claim to be following Reverend King, when they obviously have ignored his most famous excerpt of the “I Have A Dream” speech:

Repeating the mantra, “I have a dream,” he offered up hope that “my four little children will one day live in a nation where they will not be judged by the color of their skin but by the content of their character” and the desire to “transform the jangling discords of our nation into a beautiful symphony of brotherhood.”

I believe Reverend King would be thrilled to see the progress we have made in fifty years. I also believe he would be angered and disgusted by so many of his alleged followers.