Congratulations go to the Pinellas County Sheriff’s Office after they left a leaflet on a suspect’s vehicle, claiming the leaflet would include a free meal. Michael Lapniewski, the alleged murderer took the bait, and has now been charged with the murder of an 82-year old woman.

A man’s inability to turn down a free meal has contributed to his arrest in connection with the slaying of an 82-year-old Pinellas County woman that had gone unsolved for 36 years.

Michael Lapniewski, 55, was booked into the Pinellas County Jail on Tuesday afternoon on a charge of first-degree murder in connection with the 1987 slaying of Opal Weil, a widow who was choked and beaten in her Lealman home.

Thank God Lapniewski decided to take the free meal. He is behind bard and the victim’s family is likely sighing in relief.

DNA was a key factor in cracking the case, according to an arrest affidavit written by Pinellas County Sheriff’s Office detectives. But how they got the DNA involved a clever ruse in which they advertised a free meal at a restaurant — an offer to which Lapniewski responded.

After he finished his meal and left, detectives seized the spoon and fork Lapniewski had used and submitted them for DNA testing. They were a match to hairs that had been found on Weil’s pink nightgown, her electric blanket and her bed after her killing, according to the affidavit.

This piece of garbage murdered that woman when he was twenty years old, and got away with it for thirty-five years. Here’s hoping Lapniewski never, ever sees the light of day. 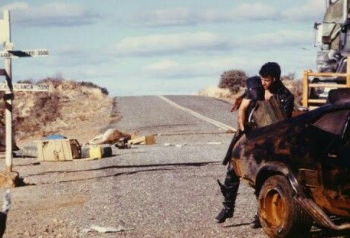 A Las Vegas man was stopped by police after he dropped his drawers in an attempt to urinate on the sidewalk. When Las Vegas police arrived, they realized Mel Gibson was wanted for the murder of Jeffrey Hadlock.

Wait, you thought it was Mel Gibson the actor? Oops, my bad.

Police officers running a records check on a man attempting to urinate on the Las Vegas Strip later learned he was wanted for murder, the 8 News Now Investigators have learned.

Mel Gibson, 52, was wanted on a charge of second-degree murder for the death of Jeffrey Hadlock, 56.

At the hospital, doctors diagnosed Hadlock with a skull fracture and brain bleed. Hadlock told officers he was not punched but “was drunk and fell,” documents said. Because of his admission, officers did not follow up on the event until Hadlock died in the hospital on Jan. 2.

Homicide detectives then reviewed surveillance video from a nearby business, which they said showed Gibson hitting Hadlock in the face. Hadlock then fell backward, hitting his head on the ground.

Maybe next time Gibson is on the strip, he’ll keep his junk in his pants. Would have been a shame if someone took his V8 Interceptor.

Yes, this is a ridiculously early post for me, but I wanted this story to be the first post of the day. Meet Josh Sills, a reserve offensive lineman for the Philadelphia Eagles. Josh was just indicted on charges of rape and kidnapping, after “allegedly” assaulted and raped an Ohio woman in 2019.

A Guernsey County grand jury indicted Sills, 25, on one count of rape and one count of kidnapping, both first-degree felonies. Sills is an offensive guard for the Eagles, who will play in the Super Bowl later this month.

I have no doubt Sills will be going to the Super Bowl with his team. Zero. Doubt.

The management of the despicable Philadelphia Eagles stated they are aware of Sills’ “legal matter” and are “gathering information.” In layman’s terms, that means the Eagles are standing by their indicted disgusting alleged rapist.

According to the indictment, in December 2019 Sills engaged in sexual activity that was not consensual and held a victim against her will. The crime was immediately reported, and the Guernsey County Sheriff’s Office conducted a detailed investigation.

The case was presented to the grand jury and is being prosecuted by the Special Prosecutions Section of the Attorney General’s Office. There was no immediate indication as to why it took three years to present the case to the grand jury.

Well, I’m no detective, but it probably took so long because Sills is a borderline NFL football player. A lot of people idolize football, and more than a few former players got away with some egregious crimes. Looking at you, Ray Lewis.

Thanks so much to Viscountess Marlborough for the link and the smile on my face.

Guess which is the common denominator?

Eleven U.S. cities rank among the 50 most dangerous in the world, according to a recent report published by Numbeo, a global quality of life database. All 11 are governed by Democratic mayors.

Three U.S. cities — Baltimore, Memphis and Detroit — are ranked among the 20 most dangerous cities on the planet. The three cities have more in common than just violent crime. All three are run by Democrats.

I mention it often, but my kids and I are fans of the Baltimore Orioles. We usually take in a game every year. The good news is you can get off I-95, drive a few blocks to the stadium, then drive right out. You aren’t in a war zone. West Baltimore? Not so much.

Tracking back for a wider view yields a still grimmer perspective for Democrats, as another six Democrat-run cities rank among the world’s 50 most dangerous: New Orleans (#35), Oakland (#38), Milwaukee (#40), Chicago (#43), Philadelphia (#46), and Houston (#50). Again, all of these cities are run by Democrats.

Yes, Philadelphia made it into the top fifty. Great work Mayor Kenney, you feckless drunken douchebag. 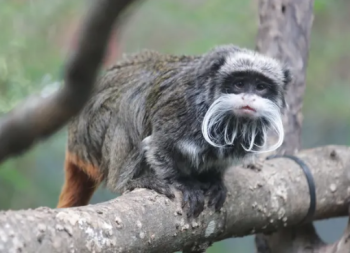 The Dallas Zoo apparently has trouble keeping their animals on the premises. A clouded leopard broke out of its cage, an endangered vulture was found dead inside its habitat, and now two tamarin monkeys have gone missing.

This is exactly how Planet of the Apes started.

The latest chapter in a series of odd occurrences at the Dallas Zoo: two monkeys have gone missing.

The zoo alerted Dallas police on Monday that two of their emperor tamarin monkeys were gone, and their habitat had been intentionally compromised.

Now, I’m no detective, but it appears someone is purposefully tampering with the animal’s enclosures. They are either trying to release the animals, or hoping they get hurt.

Dallas zookeepers searched the zoo for the animals, who generally like to stay close to home, but they were not found.

The Dallas Police Department says they believe the monkeys were taken.

That’s terrific. If they monkeys were stolen, it’s likely the people who took then have no idea how to care for them. Worse still, they may be feeding the monkeys food they shouldn’t be eating.

I mean, WTF Dallas? Is it literally impossible for you to hire decent security?

A man wanted for the robbery of a Nusenda Credit Union in Albuquerque, New Mexico bank has been identified by the rather large rose tattoo on his neck. Classy.

Authorities say the man with a rose tattoo on his neck walked up to the teller with a demand note. The robber is then said to have left the northeast Albuquerque credit union off Paseo del Norte near Barstow with an undisclosed amount of cash.

One of the really bad problems we had with Covid had nothing to do with the virus. The problem was everyone started wearing masks, and thieves had a much easier time committing thefts and robberies. It’s difficult to identify someone while wearing a mask.

The rose tattoo is prominently featured on the right side of the suspect’s neck. The FBI is offering a reward of up to $2,000 for information leading to the arrest and conviction of the suspect.

Police are searching for a thug who shot a man while he was inside his vehicle. The incident occurred in Miami Gardens, Florida, but this was not your regular drive-by shooting.

Police are investigating after they said a man in a car was shot in the neck.

It happened in the area of the 3200 block of 166th Street in Miami Gardens, right beside St. Thomas University.

Police said the gunman drove away on a moped after opening fire.

This scumbag would-be killer takes out people while driving a moped? Wow, he must get more chicks than Bradley Cooper! I sincerely the moped is painted baby blue like the one above.

Thanks to Okrahead for the link.

A thirteen-year old girl led Nebraska State Police on a high speed chase, exceeding speeds of 100 MPH. Well, if nothing else, she definitely has a future in NASCAR when she gets out of jail.

(For the record, the driver above is Natalie Decker, a NASCAR driver.)

State troopers in Nebraska were led on a high-speed chase Monday, and say the driver was a 13-year-old girl.

It apparently started around 9:30 p.m. when they tried to pull over an SUV traveling at about 35 mph on the interstate. That’s when, police say, the vehicle drove off, reaching “speeds exceeding 100 miles per hour.

Only 100 MPH? Pfft, if you’re going to waste the bronze, you gotta do it big!

Along with the 13-year-old girl, an 11-year-old boy was found in the passenger seat. Police say they also found a firearm, a small amount of marijuana, and drug paraphernalia in the vehicle.

Both of these idiots are from Colorado, so it’s not surprise they have marijuana with them.

Thanks to The Daley Gator for the link!

Meet Nicholas Bernard of Iowa. Nicholas was driving through corn country in his 2006 Honda Accord when he felt the need… the need for speed. In this case, we was caught driving 120 MPH.

After a witness called 911 to report a reckless driver was speeding and “swerving all over the road” a sheriff’s deputy spotted the suspect vehicle as it flew past him at 100 mph around 9:15 PM.

When the car was subsequently pulled over more than two miles up Interstate 380, driver Nicholas Bernard reportedly “admitted to going 120 mph at one point.” Bernard, seen at right, explained that he reached the top speed “because a good song came on” the stereo in his 2006 Honda Accord EX.

Considering his mug shot photo, my guess is the song Nicholas heard was, “I Wanna Be Sedated,” by The Ramones.

Kristie and her husband were in St. Petersburg, Florida for New Year’s Eve when the husband struck her during an argument. Then things got really weird.

Police were at a St. Petersburg restaurant early yesterday investigating a reported battery when Kristie Ethridge, 49, allegedly committed a felony attack on a law enforcement officer.

Ohioans, am I right?

Cops say they were dispatched to the eatery–which was hosting a New Year’s Eve party–to investigate a battery allegedly committed by Ethridge’s husband William, 54. As police questioned William, Kristie “continuously interjected herself into the conversation,” prompting Officer Anthony Bragano to advise her to “stop talking.”

Ethridge, cops charge, became “very upset” and yelled, “Are you fucking kidding me!” Ethridge, seen above, then “threw a plastic ‘New Year’s Eve’ top hat directly at me, striking me squarely in my face just above the eyes,” Bragano reported.

Okay, I wouldn’t consider this a felony assault, but Kristie definitely needed to be arrested. The husband was also arrested for assault and resisting arrest. Well, at least they spent the New Year together.

And yes, before you ask, I’d hit that like the side of a tree on the forest moon of Endor.