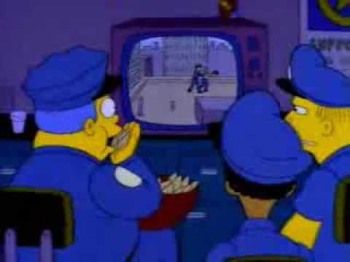 I walked in and immediately the day work lieutenant approached me, which is never a good sign. He said there was a clusterf*ck coming in from one of the dumber districts. My squad was terribly short – three detectives in all – so manpower was a problem. Apparently, the cop stopped a stolen vehicle, and instead of recovering the vehicle, Super Cop decided to take out the occupants and search them. That’s kind of a no-no, but whatever.

While this genius searched the offenders, he left the key in his vehicle and forgot to put the vehicle into park. The patrol car started rolling, and struck a fire hydrant, causing serious damage.

The officer arrived – three hours after the he stopped the vehicle – and had a gun that he found after searching a juvenile. Again, kind of a no-no. We asked him why it took three f**king hours to being in the job, and he started giving us back-sass. My lieutenant arrived by then, and the cop back-sassed him, too. Not a good plan.

After talking to Super Cop, we found a few more details. The car he stopped was stolen out of Cheltenham, a town just north of Philly. Instead of holding the car, Super Cop called Cheltenham to recover the car, meaning the evidence was now in another jurisdiction. Oh, and did I tell you Super Cop did not initiate the car stop? Two of his coworkers did that, and they left early for Thanksgiving.

So the cops we needed to make a case left for the day, the car was returned to Cheltenham, and Super Cop’s report made no mention of the two arresting officers, the stolen car, and the stolen tag which was on the car that he never recovered.

I’m no detective, but I guarantee this entire case gets tossed at the preliminary hearing.

Oh, by the end of the day, we had this idiotic job, an armed robbery, three missing person reports, a guy who was shot at while driving his car, and many domestic cases. It was the busiest Thanksgiving I have ever worked, because the animals know nothing else.