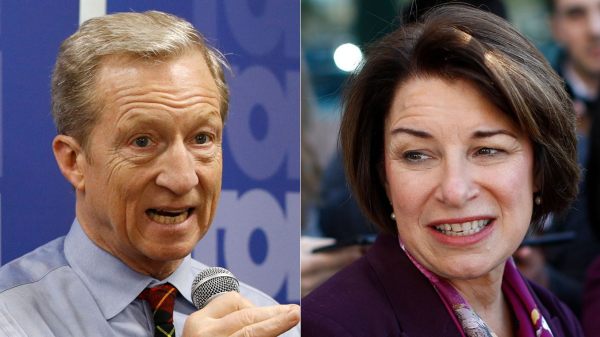 During interviews with Telemudo, soon-to-be-former Democratic presidential candidates Tom Steyer and Amy Klobuchar did not know the name of the current Mexican president. Aye caramba!

Democratic presidential hopefuls Tom Steyer and Amy Klobuchar were unable to name the president of Mexico in interviews with Telemundo News this week.

Steyer, Klobuchar, and Pete Buttigieg were individually interviewed on the Spanish-language station on Thursday night while campaigning in Nevada ahead of the state’s caucus on February 22. When each were asked to name the president of Mexico, Klobuchar, a three-term Minnesota senator, answered “no.” Steyer, a billionaire businessman, also answered “no.”

Buttigieg, former mayor of South Bend, Indiana, was the only one of the three able to correctly name President Andres Manuel Lopez Obrador. Obrador was sworn in as president of Mexico in December 2018.

I eagerly await Democrats across the country calling out Steyer and Klobuchar for their obvious racism, because you’d be damned sure they would screech if a Republican didn’t know the president’s name.