Meet Marilyn Kepler of Bullhead City, Arizona. Marilyn needs her beauty sleep, so when she doesn’t get enough winks, she wakes up cranky. Felony-level cranky, to be exact.

Marilyn Ann Kepler, 74, has been charged with aggravated assault and domestic violence after she allegedly hit her boyfriend over the head with a hammer. Kepler, from Bullhead City, Arizona, was upset with her boyfriend, because he had left the television on overnight and ruined her sleep.

So this twat couldn’t get her wrinkly ass out of bed to turn the television off?

The boyfriend, also 74, told police that he woke up to Kepler hitting him with the hammer. He was able to convince her to take him to get medical attention, but Kepler instead drove past the hospital and pulled out a gun.

The victim wrestled the gun away from Kepler and jumped out of the car, where witnesses saw him and drove him for help. (H/T – Mike AKA Proof)

So crushing his skull with a hammer wasn’t enough; she had to pull out a gun, too? This is exactly how Ma Barker started. 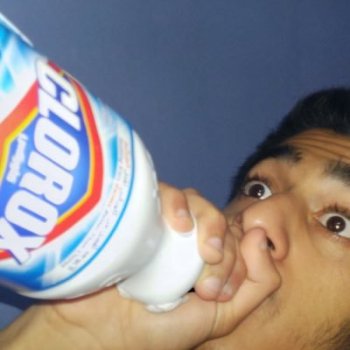 Dearest Florida, I know I have made fun of you and your citizens lo these many years, and while much of it was deserved, I want you to know there are other states in the Union who are dumber than dog dirt. See also: Arizona.

Medical experts with Banner Health are warning the public against using inappropriate medication and household products to prevent or treat coronavirus.

The warning by Banner Health comes after after an Arizona man in his 60s died from taking a substance used to clean fish tanks at aquariums in order to prevent contracting COVID-19.

In a statement released on Monday, experts emphasized that chloroquine, which is a medication used for malaria, should not be taken to treat or prevent COVID-19.

Banner Health officials say the man who died, along with his wife, both took chloroquine phosphate. The man’s wife, who was also in her 60s, is currently under critical care.

Just so you know, it’s really difficult to find decent stories anymore because coronavirus leads every website and media outlet. I’m trying to switch things up as much as possible, but no one wants to write about anything else. Frankly, I’m bored with the virus hysteria already. 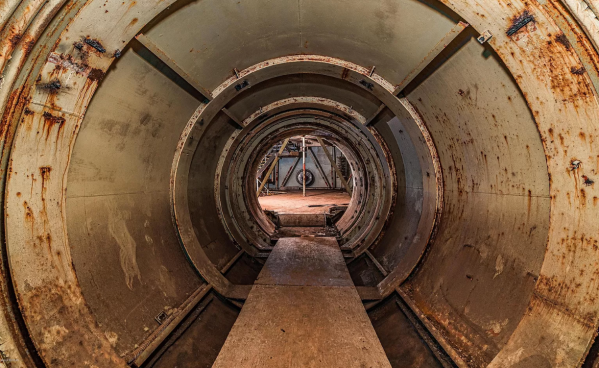 An abandoned Titan II missile complex and its thirteen acres of land near Tucson, Arizona is on the market for a measly $400,000. Dude, I need this in my life.

A decommissioned subterranean missile complex just went on the market, and at just about 30 minutes northwest of Tucson, you get both solitude and the option of rejoining society.

It used to house an armed Titan II missile, which, in case you’re not up to speed on your military history, was used to carry a nuclear warhead, but you won’t find a nuclear arsenal down there anymore. The bunker was shut down in the 80s, and the missile was removed.

This place is bringing all the industrial-chic vibes, complete with three blast doors made to withstand shockwaves, an access portal, a command center and a decontamination area.

So let’s see: I love Arizona, and I hate people, so this is an anti-social guy’s dream come true!

While I have been fooled more times than I care to admit, this article gives me a glimmer of hope for our southern border. Of course, I expect this story will also disappoint me, but I figured it was at least newsworthy. Construction has begun on 400-500 miles of border fence near Yuma, Arizona.

South of Yuma, Arizona, the tall brown bollards rising against a cloudless desert sky will replace much shorter barriers that are meant to keep out cars, but not people.

This 5-mile section of fencing is where President Trump’s most salient campaign promise — to build a wall along the entire southern border — is taking shape.

The president and his administration said this week that they plan on building between 450 and 500 miles (724 and 806 kilometers) of fencing along the nearly 2,000-mile (3,218-kilometer) border by the end of 2020, an ambitious undertaking funded by billions of defense dollars that had been earmarked for things like military base schools, target ranges and maintenance facilities.

I believe the president sorely wants this wall completed – especially before the 2020 election – but the swamp creatures and the RINOs will try to stop him at every turn. Nonsense like this is how red states like Arizona, Utah, and Texas will eventually turn blue.

Today is my friend Kevin’s birthday. Kevin is my son Kevin’s godfather, a hockey fanatic, and one of my closest friends. In honor of his day, I wanted to give him the gift which keeps on giving: fabulous babes!

Today begins two glorious days off. In fact, it is the first time in a month where my days off haven’t been occupied with college visits or hospital stays. As such, I am doing nothing today or tomorrow. Literally. Nothing. I will, of course, be posting, but I’m trying to rest the heart a bit before going back to work. In the meantime, here’s a smorgasbord of news which I found interesting.

This is the case we walked into at 7am yesterday. There are no words.

Police on Tuesday found the body of a 2-year-old child partially buried in a wooded section of Kemble Park in Philadelphia’s Ogontz section.

Homicide Capt. John Ryan told reporters that officers went to the park after the female caregiver of the 2-year-old went to police late Monday and led them to the park. Police used cadaver dogs in the predawn hours Tuesday to look for the remains and called in the Crime Scene Unit and the Medical Examiner’s Office after daylight.

Ryan said the body had been partially buried with the top of the head exposed. He indicated the remains had been there for some time.

People are savages. This “caretaker” took a week to report the child missing. A week. Let that sink in…

END_OF_DOCUMENT_TOKEN_TO_BE_REPLACED

Senator John McCain lost his battle with cancer Saturday. There, I mentioned it. Now, Arizona governor Doug Ducey is looking for McCain’s replacement, and one of the names is disastrously inappropriate.

Arizona Republican Gov. Doug Ducey is tasked with appointing a Republican to replace Sen. John McCain, who served in the Senate for 32 years and passed away.

Ducey resisted discussing possible replacements when the senator was alive, even as he underwent treatment for a fatal cancerous brain tumor caused by glioblastoma, and criticized candidates outwardly lobbying for the position.

Some speculate that McCain’s wife, Cindy, may be a possible replacement, although conservatives from the base are pressuring Ducey, who will go up for reelection himself in November, to appoint someone who is loyal to President Donald Trump to fill the vacant seat.

I remember the Founders fighting a bloody, eight-year war against a country which embraced lines of succession. The United States of America is still – barely – a republic, so John and Cindy’s wishes mean nothing to me. The only opinion which matters is that of the people of Arizona, and if this douche canoe Ducey selects this twat, he’ll be a one-term governor.

Today is my friend Kevin’s birthday. Kevin (Left, above) is one of my best friends, godfather to my son Kevin, and the lucky bastard who lives in the beautiful state of Arizona.

We’ve known each other for over twenty years, and in that time, he has hosted my family in Arizona twice, helped me through my two-year bout with depression, been a terrific surrogate uncle to my kids.

I don’t have a lot of friends, but the ones I have are tip-top. Since Kevin is a fanatic for hockey, I figured this may make his day a little brighter.

Lawmakers in Arizona, which is quickly cementing itself as my favorite state in the nation, have put forth a bill to seize the assets of those anarchist thugs who plan riotous protests.

Oh my Vuushnu, why the hell am I not living there yet?

Claiming people are being paid to riot, Republican state senators voted Wednesday to give police new power to arrest anyone who is involved in a peaceful demonstration that may turn bad — even before anything actually happened.

But the real heart of the legislation is what Democrats say is the guilt by association — and giving the government the right to criminally prosecute and seize the assets of everyone who planned a protest and everyone who participated.

SB1142 expands the state’s racketeering laws, now aimed at organized crime, to also include rioting. And it redefines what constitutes rioting to include actions that result in damage to the property of others.

There’s something else: By including rioting in racketeering laws, it actually permits police to arrest those who are planning events.

This is an absolutely inspired move. First, it forces the planners to keep their dogs on their collective leashes. Second, it reduces the chances of citizens and first responders being assaulted. Finally, this ensures the real problem – the organizers – finally suffer some consequences for their actions.

Today is my friend Kevin’s birthday! Kevin is one of my oldest and closest friends, and I mean, he’d have to be to put up with me and my family for a week in his Arizona home. We share a love of hockey – especially the Philadelphia Flyers – conservatism, and movies. When something big is released, one of us will usually review it for the other.

I met Kevin nearly twenty years ago, and since then we’ve played ice hockey together, vacationed together, and suffered through surgeries together. Our families are very close, and Kevin and his wife Kari are godparents to my youngest son. They are not just friends, they’re family.

Happy birthday, Kev. I left you a few gifts below the fold in lieu of an actual gift.