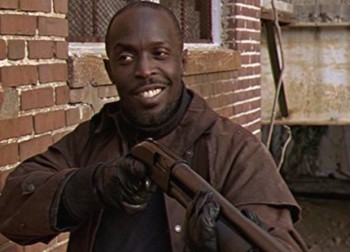 Michael K. Williams, an actor who appeared in such programs as Boardwalk Empire and The Wire, has passed away of an alleged drug overdose. Williams was only 54 years old.

Michael K. Williams, the award-winning actor perhaps best known for his iconic role as Omar, a gay, shotgun-toting vigilante in the HBO hit drama series The Wire, was found dead in his apartment in Brooklyn on Monday. Police said the actor was found by a family member.

Terrible. Williams was an amazing character, and his greatest role was “Omar Little,” an enforcer and robber of drug dealers from the HBO series “The Wire.”

Little, a “stick-up boy” based on real figures from Baltimore, was probably the most beloved character among the devoted fans of “The Wire,” the HBO show that ran from 2002 to 2008 and is re-watched constantly in streaming.

The Brooklyn-born Williams was also a ubiquitous character actor in other shows and films for more than two decades, including roles on the HBO series “Boardwalk Empire” and “Lovecraft Country,” and in the films “12 Years a Slave” and “Assassin’s Creed.”

After a rough go with narcotics, Williams turned to God, and was a frequent attendee at Christian Love Baptist Church in Irvington, New Jersey. His loss, to me and all his fans, is devastating. If you haven’t seen “The Wire,” I would highly recommend it. It is arguably the best (and most accurate) police series ever made.