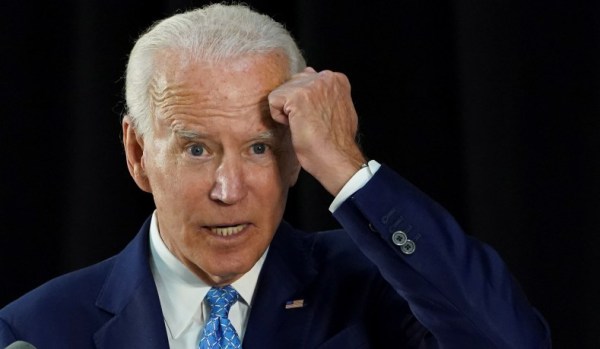 The illegitimate president threw out a veiled threat Monday against those Americans who haven’t yet received the Chinese Wuhan Virus vaccine. I’ve mentioned this before, but it seems like the government is heavily invested in forcing people to get this vaccine.

“If the unvaccinated get vaccinated, they will protect themselves and other unvaccinated people around them. If they do not, states with low vaccination rates may see those [COVID-19 infection] rates go up, may see this progress reversed.”

Actually dumbass, the vaccine only protects you against the Chinese Wuhan Virus. It doesn’t protect you against the flu, bubonic plague, or banging some Hollywood starlet.

Biden had previously on May 13 talked about the vaccine, mentioning that it’s ok for people to still “mask up” and for businesses to require people to wear masks, and that people should “respect” them.

This is just me speaking, but why the hell would I get the vaccine if I still had to wear a mask? Despite the CDC claiming you don’t have to wear one after you’re vaccinated, almost every store in this city demands you wear a mask. But hey, threaten me all you want, you corrupt illegitimate POS; I’m sure that’ll get people rushing to the pharmacies.

While the state of California is battling an alarming number of daily Chinese Wuhan Virus deaths, there are two million vaccines sitting in offices, apparently unused.

While Californians are dying at a record rate from the coronavirus, with the number now reaching 525 per day, while the concomitant demand for vaccines to fight the virus soars, nearly two million doses of vaccines for the coronavirus are lying unused, “locked up in cold storage,” as the San Francisco Chronicle reports.

“California has among the lower rates of vaccine administration in the country, with only 38% of the 3.1 million doses delivered to the state actually being given so far — leaving close to 2 million doses apparently stored in freezers and awaiting recipients,” The Chronicle notes, adding that the state’s ineptitude in vaccinating its residents is “putting the nation’s largest state far behind West Virginia, the Dakotas and most other states in the proportion of population that has been vaccinated.”

California is, by far, the worst-run state in the union, in my opinion. I truly feel sorry for those of you who are forced to live in that communist shithole.

L.A. County Public Health Director Barbara Ferrer stated, “This disease is running rampant right now, and we continue to plead with residents, businesses and government, the community, to do all possible to stop the spread.”

Or, you know, the state could start vaccinating their at-risk citizens instead of watching the vaccines degenerate on some government drone’s shelf.

So, while I was enjoying my days off, a police officer sent me this city-wide email regarding the alleged Chinese Wuhan Virus vaccinations. When the vaccine was finally approved, the city claimed medical professionals and first responders were told they would receive the first batches. (Mostly because we deal with hundreds of people a day.)

Shockingly, the city has reneged on that promise, claiming they have not received schedules for the distribution to first responders. For the record, I want nothing to do with this vaccine – certainly not the first batch – so this doesn’t directly affect me. That said, big cities gonna big city…

We recognize that COVID-19 vaccines have already begun distribution in many states and within our city. Commissioner Outlaw, like many of you, recognizes the vital need to begin distribution within the Police Department, and is eagerly awaiting the availability of COVID-19 vaccines to be allocated for department personnel. To keep everyone up to date, we are providing the following information for all personnel.

The Centers for Disease Control has established the guidelines under which COVID-19 vaccinations are being administered. Under these guidelines, first responders have been designated as Tier 1-B eligible for vaccination.

While the City of Philadelphia has not yet provided to the Police Department distribution schedules for department personnel eligible under the Tier 1-B designation, the Department has begun wide scale preparations for the administration of the vaccine once received by the city.

The Chinese Wuhan Virus swept through our division in march, then came back for a repeat in November and December. Even if the vaccine is eventually distributed – spoiler alert: it won’t be – the majority of personnel likely already have the antibodies. 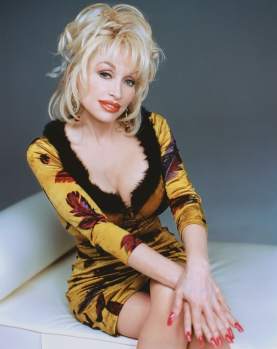 Dolly Parton is an American icon. The singer, actress, and philanthropist is being hailed for her $1 million donation to Moderna, which helped create the Chinese Wuhan Virus vaccine. Dolly, being Dolly, was just happy to make a small contribution.

Dolly Parton says she’s feeling honored to have contributed money to research that has led to one of the most encouraging COVID-19 vaccines.

In April 2020, the superstar shared on Instagram that she was donating $1 million to Nashville’s Vanderbilt University Medical Center. Speaking with the BBC, the 74-year-old country music singer said she was “so excited” to get word of the vaccine’s efficacy. “I just felt so proud to have been part of that little seed money that will hopefully grow into something great and help to heal this world,” she explained.

Parton’s donation has surprised few. The “Jolene” singer has a long history of charitable giving. Since 1995, in fact, she’s gifted more than 147 million books to children in need through the Dolly Parton’s Imagination Library. (H/T – Misanthropic Humanitarian)