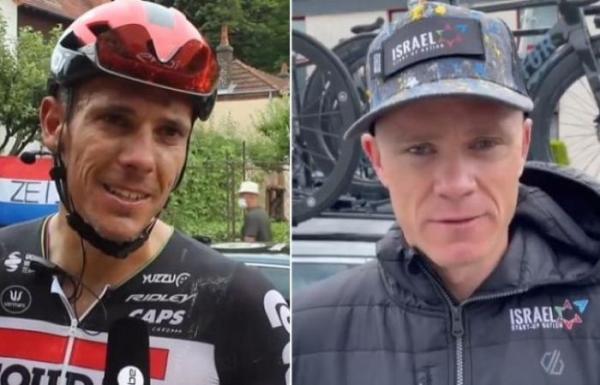 When it comes to sporting events, I have always revered the Tour de France. I’ve been watching the Tour for the better part of twenty years, and if I am not up early enough to see the live feed, I will almost always watch the replay. I love the cycling, the gorgeous French countryside, and the great stories which come out of the event. Stories like this one…

Three weeks after an incompetent fan caused a massive Tour de France crash, the craziness continued abroad. In the midst of stage 17, an onlooking fan fell approximately 65 feet into a ravine, prompting two competing cyclists to pump their brakes and fill the role of first responders.

Cyclists Philippe Gilbert and Chris Froome were making their way back towards team transportation when they noticed a fan ahead of them (on bike) miss a turn and tumble down the side of the road into a ravine.

“After the race, we were descending to the foot again when we saw a cycling tourist miss a bend and fall about twenty meters down. Together with Froome and (Christopher) Juul-Jensen I stopped to help him,” said Gilbert per RTBF.

Gilbert and Froome lost about twenty race minutes during the rescue, but their priorities were never in doubt. Well done, gentlemen!