There was no way in hell my first day back was going to be easy.

There were thirty-two unassigned jobs in my queue, which wasn’t too bad, considering. I expected the total to be well over fifty. The new detectives seem okay. One of them was a cop in the division, and he is a complete tool, but otherwise, everyone else seems normal.

Of course, there had to be a catch. So a woman makes a report claiming an unknown male came behind her, forced her to give him her car keys, and took her vehicle and her iPhone. This is a regular occurrence in our division, so we handled it quickly and efficiently. Shortly after the woman left, some “inconsistencies” popped up.

For example, the woman gave us her information so we could track her phone; hopefully leading us to the carjacker. We found it a mile or so away on Monday, then the signal was lost Tuesday, however, the phone was tracked to the victim’s residence. Hmm, that’s odd.

We sent two detectives to the residence to check out what was going on. Miraculously, the victim’s vehicle was in front of the house, and she was in possession of her iPhone. It’s a Festivus miracle! Or not.

You see, this was never a carjacking; it was a domestic dispute gone wrong. The victim and the offender had a spat, the offender took the victim’s iPhone and drove her car around the block. Hours later, they were in love again, and the victim never thought it necessary to let us know she is a lying piece of crap.

After admitting all this, the boyfriend was arrested for marijuana possession – hide your drugs when the po-po arrives, dummy – and the “victim” was arrested for filing a false police report.

God, it’s good to be surrounded by idiocy again.

If there’s one thing upon which we can all agree, it’s this: never answer a ringing telephone.

On Thursday night, a gentleman called the division and stated he filed a police report and wanted to speak to his detective. The man said he made the report “an hour ago,” and needed to talk to the investigator.

Now in a division as busy as mine, we rarely get reports that quickly unless there is an arrest involved. I asked the man to read off his report number, and after entering it into the database, I located the entry, but the report – obviously – had not yet arrived. Upon hearing the news, the man was not entirely happy with me, as if I was the person who wrote the report.

After a few minutes of whiny pleading, he finally said he was being blackmailed by a younger woman. The woman threatened to vandalize his property and vehicle unless he paid her money. The man never explained why this was happening, just that it was happening. I decided he needed to feel a truth bomb.

“Sir, I understand you’re upset, and this is very important to you. However, in any given day, this division receives dozens and dozens of police reports a day. Tonight there are only four detectives in the office, so while we will work on your report diligently, I cannot guarantee you will be able to speak to a detective today.”

The man ignored every word I said, and gave me this retort. “Well, I would like this report to given to Detective Brown, because he worked on one of my cases a few years ago.”

Sigh. “Sir, that’s not how this works. The job must be assigned to someone working the shift when the report was taking. We do not practice ‘detective shopping.’ Your job will be assigned to a detective and he or she will contact you at their earliest convenience.”

The man finally relented, I bid him farewell, and when I heard him hang up, I slammed the phone down as hard as I could. My coworker walked by and said, “How are you this angry in the first hour of the shift?” 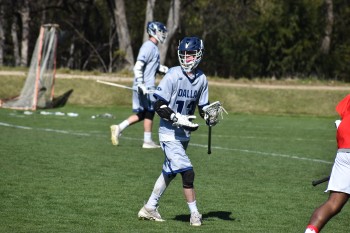 Kyle’s lacrosse fundraiser is active until March 17th, so if you’d like to throw in some spare change, he would greatly appreciate it. You can contribute by clicking here. Thanks.