There have been rumors if the Democrats steal this election, President Trump may considering running again in 2024. CNN douchebag Jim Acosta floated this out the other day, but on Thursday a real person – Mic Mulvaney – suggested it as well.

President Trump could run for another term if he loses reelection, with speculation already starting. The Constitution’s 22nd Amendment, put in place after Franklin D. Roosevelt served four terms in office, states, “No person shall be elected to the office of the President more than twice.”

Mic Mulvaney, a former Trump chief of staff, on Thursday added to the speculation.

“I would absolutely expect the president to stay involved in politics and would absolutely put him on the shortlist of people who are likely to run in 2024,” said Mulvaney, now special envoy for Northern Ireland, according to the Irish Times.

Mulvaney made the comments during a webinar hosted by the Dublin think tank, the Institute for International and European Affairs, the newspaper also said.

President Trump would be 78 in 2024, but a Trump 78 is much different from a Joe Biden 78. Personally, I think he should run, since these Democrat bastards did their level best to destroy his first term. 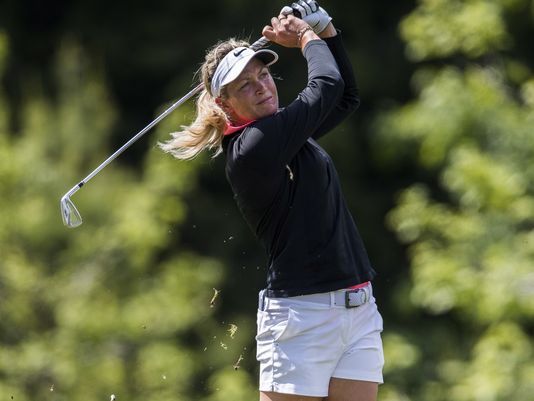 Meet LPGA golfer Suzann Pettersen. Suzann hasn’t made news in the golf world for a while, so she decided the best way to garner headlines would be to attack President Trump. Mission accomplished.

The president ‘cheats like hell’ when the two play together, she told a Norwegian newspaper – embellishing his scores, skipping short putts, replacing his ball and influencing his caddie to move errant shots from the forest to the fairway.

When the story went viral, Suzann went on social media to deny story; probably because she knew it would make her look like a c-word.

‘They say that if you cheat at golf, you cheat at business,’ Pettersen told the paper Verdens Gang on Saturday. ‘I’m pretty sure he pays his caddie well, since no matter how far into the woods he hits the ball, it’s in the middle of the fairway when we get there,’ she laughed.

You stay classy, Suzann. You know, if you cheated once in a while, you may have earned more than two major titles in eighteen years. Twat.

As a highly-trained, uber-intelligent blogger, the biggest drawback to taking a day off is the chance you can miss a story. Sweet fancy Moses, did I miss the story of the decade. So, here’s the story, two days late, courtesy of AOSHQ.

A review of a classified document outlining what is described as extensive Foreign Intelligence Surveillance Act abuse was made available to all House members Thursday and the revelations could lead to the removal of senior officials in the FBI and Department of Justice, several sources with knowledge of the document stated. These sources say the report is “explosive,” stating they would not be surprised if it leads to the end of Robert Mueller’s Special Counsel investigation into President Trump and his associates.
…

[A senior] government official said that after reading the document “some of these people should no longer be in the government.”
…

But the government official, who viewed the document said “it will be tough for a lot of people to see this and especially the media, which has been attempting to deemphasize the dossier. It’s going to punch a hole in their collusion narrative.”

I want to be excited about this, but the pessimist in me believes this is a nothingburger, and no one will be held accountable.

That said, if this memo is as damning as people are saying it is, there is a chance – a small chance – some Washington bureaucrats may actually see prison time. Do you realize how rare that is? It’s like finding a cyclops married to a unicorn who farts rainbows. 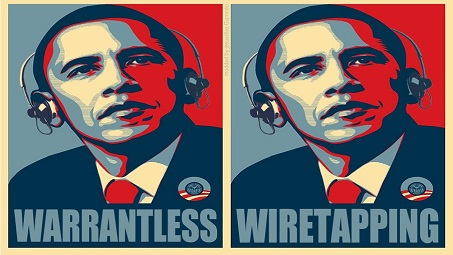 Remember back in March when our betters in the media ripped President Trump for accusing King Putt of wiretapping Trump Tower? Six months later, Trump has been proved right. Again.

U.S. investigators wiretapped President Trump’s campaign chairman Paul Manafort, according to a report by CNN that vindicates the president’s earlier claims, which were mocked as a conspiracy theory. CNN itself at the time called the idea that Trump was wiretapped “incendiary.”

But a report Monday evening said U.S. investigators obtained a surveillance warrant on Manafort from a secret court and had monitored him before and after the election, including a “period when Manafort was known to talk to President Donald Trump.”

The report said the secret court that handles the Foreign Intelligence Surveillance Act had authorized a surveillance warrant against Manafort for an investigation that began in 2014, looking into his firm, the Podesta Group, and another firm’s lobbying work for Ukraine’s pro-Russian former ruling party.

Imagine if a Republican administration wiretapped a Democratic challenger immediately before an election. The MSM would be screaming bloody murder. But since Black Jesus was behind this – in my opinion, blatantly unconstitutional – move, we hear crickets. This entire business disgusts me.

Hillary Clinton is out with a new book; one explaining “What Happened” during the 2016 presidential election, where she was spanked by Donald Trump. Surprisingly, she blames everyone but herself for the drubbing.

In the first excerpts from Hillary Clinton’s highly anticipated upcoming memoir, the former Democratic presidential candidate said her “skin crawled” during a debate with Donald Trump.

“My skin crawled,” Clinton said. “It was one of those moments where you wish you could hit pause and ask everyone ‘well, what would you do?'”

Clinton said during the debate she decided against telling Trump, “back up, you creep, get away from me,” and in order to keep her composure, she gripped the microphone “extra hard.”

Sure you did, honey. You’re good enough, you’re smart enough, and gosh darn it, people like you. They just didn’t want you anywhere near the Oval Office.

The Adelphi University’s men’s lacrosse team has been entering the field on game days to audio of a President Trump speech.

The Adelphi University men’s lacrosse team uses a speech by President Donald Trump as its entrance music, and a video showing the entrance has been viewed more than 730,000 times on Instagram.

At this point the players start running onto the field. The speech concludes, “God bless you, and good night. I love you.”

So. Awesome. The speech must be working, because Adelphia is sporting a 14-3 record and is the top seed in the NCAA Division II tournament.

The revelation confirms for the first time that a federal surveillance warrant, known as a FISA warrant, was issued for a member of the Trump campaign as part of a federal investigation of potential ties between the Republican’s associates and the Russian government.

In the application for the warrant, federal officials laid out what they said was evidence that there was probable cause showing that Page was acting as an agent of the Russian government.

But remember, the Obama administration didn’t wiretap anyone, and if you don’t believe them, you’re a damned racist hatemonger.

The Poutine In His Hands Caption Contest is now over.

Caption this photo in the comments section. The winners will be posted Monday, February 20th.

Meet acting Attorney General Sally Yates. Yates was appointed by the worst president in American history, and is biding her time before Jeff Sessions is confirmed.

During her one minute of fame, Yates has ordered the already lawless DoJ to put up no defense of President Trump’s immigration ban. Because, reasons.

Acting Attorney General Sally Yates, a hold over from the Obama administration, has ordered the DOJ not to offer any defense of Trump’s executive order on immigration.

Do not make the assumption these leftist hacks will discontinue their activism simply because Obama has left office. If anything, these people will become more strident and continue to disregard their oath to defend the constitution.

Oh, and President Trump fired this broad last night. I guess the only decisions she’ll be making from now on will concern dinner.