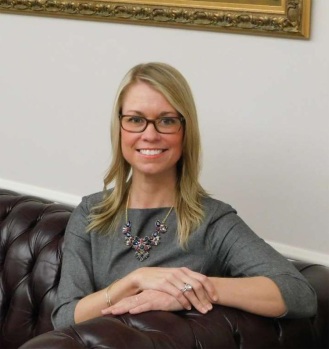 Kassie is a hot little minx who likes to relax after a hard day of judging. While some people would simply curl up near the fireplace with a good book, Kassie “allegedly” drank an entire bottle of champagne and decided to drive home. It did not go well.

An Oklahoma judge—who raised concerns in 2019 when she gave a repeat DUI offender probation rather than jail time—was arrested on Sunday for DUI. News 9 reported Rogers County Judge Kassie McCoy ran off the road several times before finally stopping in a parking lot.

A Claremore police officer found Judge McCoy behind the wheel with her head slumped toward her chest. After admitting to drinking a full bottle of champagne, she was arrested on suspicion of driving under the influence of alcohol. A breathalyzer test revealed a blood alcohol content of .35—more than four times the legal limit.

Wow, she must have been the belle of the ball in college.

McCoy drew criticism in 2019 when she gave Stephen Knoy probation after he was arrested for driving 115 miles an hour and having a blood alcohol of nearly twice the legal limit. It was Knoy’s seventh DUI.

Wow, it’s hard to believe a judge would show leniency to a fellow drunken traveler. I am shocked and appalled. Oh, as an aside, does everyone in Oklahoma revolve their lives around alcohol? 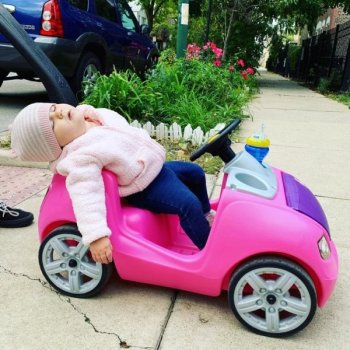 A Flori-Duh man was arrested after he was found sleeping in a McDonald’s drive-thru lane. Good grief, I knew they were slow, but this is ridiculous!

Oh, I should mention the guy was also hammered.

A 28-year-old man was arrested after “snoring loudly” and apparently sleeping behind the wheel in a McDonald’s drive-thru lane, an affidavit states.

The case of the dozing dude began about 3:47 a.m. Dec. 20 when an Indian River County sheriff’s deputy went to a McDonald’s in the 700 block of South U.S. 1 for a suspicious vehicle.

A deputy spied a man in a Ford pickup parked in the outside drive-thru lane “snoring loudly.” The man seemed to be sleeping in the drive-thru, as opposed to “Sleeping with the Enemy,” a 1991 movie starring Julia Roberts.

McDonald’s does not have a sleep-thru lane.

I mean, would it kill them to create one? Everyone knows drunks flock to McDonald’s after pounding a few beers. Let them order, then park in specific drunken lanes, You’d make a damned fortune!

Meet Nevada State Trooper Britta Foesch. Britta is a very cute, dedicated public servant and an avid Star Wars fan. This naturally checks all my boxes. Britta enjoys the job on and off-duty, especially when she gets the chance to get a drunk driver off the road.

The Nevada Highway Patrol says an off-duty state trooper wearing a “Star Wars” costume while returning home from a Halloween party prevented a suspected drunken driver from entering a Las Vegas freeway in the wrong direction.

The Highway Patrol said Trooper Britta Foesch was a designated sober driver and in her personal vehicle and wearing a Stormtrooper costume — but not its helmet — when she stopped the other vehicle and called dispatchers to get on-duty troopers to the scene early Saturday morning.

The Highway Patrol said the other vehicle’s driver was arrested on suspicion of driving under the influence, driving without a valid driver’s license and two traffic violations.

Britta did the paperwork while wearing her stormtrooper outfit, which is just… sploosh! Yes please! A hundred times yes!