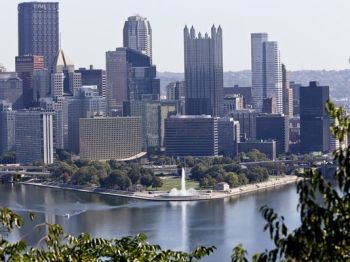 My niece went to school at the University of Pittsburgh, and because she went there, I became a big fan of their football team. I haven’t really been to Pittsburgh, but if nothing else, I have a new respect for the writers at the Pittsburgh Post-Gazette.

Why? Because they just endorsed Dr. Oz over Lumpy Fetterman.

Republican Pennsylvania Senate nominee Dr. Mehmet Oz has received the endorsement from one of the state’s largest newspapers with little more than a week left in his heated race against Democratic Lt. Gov. John Fetterman.

The editorial board of the Pittsburgh Post-Gazette issued its endorsement on Sunday, telling readers Oz was the candidate “better prepared to lead,” and citing concerns over Fetterman’s lack of transparency regarding his health and lack of real-world experience as reasons for the endorsement.

I cannot overstate how important this endorsement means to the Pennsylvania Senate race. The PPG is not exactly a conservative outlet, but they weighed the scales and decided Dr. Oz would be a much better senator than John Lumpy Fetterman.

The paper did not hold back their feelings…

“We believe Mr. Oz is the better bet for Pennsylvania,” the board wrote, before writing that Fetterman’s health stemming from the stroke he suffered earlier this year was not an issue for them.

“His lack of transparency, however, in refusing to release his medical records is troubling. It suggests an impulse to conceal and a mistrust of the people. All candidates for a major elected office should release their medical records, as did Mr. Oz. If you want privacy, don’t run for public office,” it added.

They also added Fetterman’s lack of holding an actual job, his stubbornness of not apologizing after pointing a shotgun at a black man, and living in mommy and daddy’s basement for four decades.

The endorsement doesn’t guarantee an Oz win, but it certainly helps.